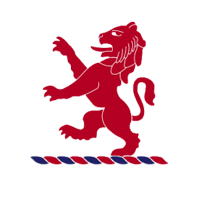 Our last visit to the RAG in September to play Scottish in the cup was calamitous with both a serious injury to Will Millett & a very serious injury to Mat Clark which made the eventual close defeat almost irrelevant. This Friday by contrast saw an excellent well deserved victory that could have been even better and made it back to back priceless away victories. The scoreboard at the end read Scottish 17 Nottinghan 30 – it’s not often you see Nottingham spelled with two n’s.

The weather was mild for early February with little wind. The pitch only needed a good mowing and the application of a heavy roller and it would have been suitable for the summer game.

A bright start by the hosts using the backs did not last and before long Williams was forced into touch a yard short. They were unable to make a clear exit and Williams again was free to run part round and give us a 0-7 lead.

Early in the match both teams were achieving good turnovers however we were gradually assuming control of territory not least because of our terrier like tackling that continued throughout. Indeed when interviewed straight after the match one of their own team admitted that Nottingham wanted it more. In a way that is the ultimate compliment and full marks to the team and playing staff for earning that accolade. Our pressure earned a simple 3. 0-10.

By the half hour Spittle had reprised Leeds by cutting through the centres at speed to run in between the posts 0-17.

Verbal indiscipline gave them their nearest incursion to our line & the lively 9 sniped over from close range. Immediately before HT they attempted a repeat but we held out to give us a lead of 5-17 that in no way flattered us. It was pleasing to see Poullet prominent as runner, tackler and jumper.

We confirmed our lead in the 10 minutes after HT with first a penalty, then we kept the pressure on in their 22 as following our missed pen from halfway led to another 3 pointer 5-23.

They hit back as consecutive box kicks out on the full gave them field position to drive over 10-23.

Williams quickly killed any fightback with a superb sweeping run from halfway to run clear between the posts 10-30.This meant that since the Doncaster game we have scored 2 +2 +10 +3 tries 15 to the wingers 1 by the standoff and 1 from the hooker. Roll on the drier days when our backs show us what they can really do.

Again they came back as numerous substitutions perhaps affected our defensive coherence as multiple phases and repeated pens against produced another short range try. This was perhaps the only area where they were superior to us as our set piece functioned well on the whole and we were a threat on their line out ball.

The final minutes were frantic as a converted try by them would have given them 2 BPs whilst another try for us would have made it 0-5. In fact despite us pressing on their line it remained a very satisfying 0-4 and a 3rd victory out of 4 against these opponents this season.

Immediately after the match while the players were still applauding each other the ground staff were flicking over the tenants advertising boards to reveal those of the hosts before their fixture against Rotherham the following day. The landlords could reasonably expect a bigger turnout as this fixture under the Friday night lights was not popular with the locals.

Our fourth consecutive Friday night fixture out of 5 sees Hartpury at the Bay. Last season they earned the soubriquet of the South West Barbarians for the host of dual registrations from Gloucester, Bristol and Worcester which revived their fortunes and led to relegation for Richmond. This season is somewhat different however as a recent trip to Penzance saw them lose only 6-0 with no hired hands at all. If our backs can maintain their hot streak then the visitors will find their hands full.