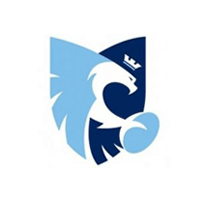 There were no blue skies to be seen as Nottingham hosted the Bedford Blues on a wet afternoon on Trentside.

The Green and Whites were quick out of the blocks, going ahead after just two minutes. Jack Spittle’s brilliant run split the Bedford defence down the left-hand side before he flicked the ball off to Sean Scanlon. Nottingham’s number 15 bagged his 15th try for the club to put us ahead. Shane O’Leary then added the extras with a calm kick from wide left.

Just a few minutes later and it was Spittle’s turn to score. He darted down the right flank into open water before going all the way by the corner flag. Unfortunately for the Green and Whites, O’Leary’s second conversion drifted across the front of the posts and Nottingham couldn’t add the extras. The score after ten minutes: 12-0.

Any ideas of an easy win were quickly dissipated though as the Blues caught Nottingham at the back and Ryan Hutler was able to go over for the visitors first try of the afternoon. Lewis Robling’s conversion was good and Bedford were back in the game.

The Visitors had the wind in their sails and grabbed their second try just after the half hour mark. Oliver Curry got the final touch as the Blues scrambled the ball over the Green and Whites try line. Robling was on hand again to score the conversion and pull the visitors back within seven points at the Break.

The second half started a much cagier affair than the first as both defences stepped up a gear and dug in. Neither the Green and Whites or Bedford were able to force a good opportunity until well after the hour mark as both sides shut each other out.

The best chance going to Nottingham as they looked to break down the left wing on the 49th minute only to be stopped by a sliding challenge from Bedford’s Ryan Hutler.

It took until the 68th minute for the Green and Whites to finally get the first points of the second half on the board. Nottingham were awarded a penalty 35 meters from the posts and Shane O’Leary was on hand to punt it through the posts to extend our lead.

Again, the sides dug in as conditions deteriorated at The Bay. James Conolly was carried off with a knee injury on the 70th minute, giving way to Cameron Jordan to help the Green and Whites see out the win. And the win they would see out when Nottingham were awarded their second penalty try of the game in the last minute. The final score: Nottingham 29-14 Bedford Blues.