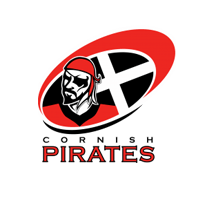 Poor discipline led to a torrid night for the Green and Whites against Cornish Pirates at The Bay on Friday evening.

Without even touching the ball Nottingham found themselves six points behind in the first six minutes of the game after conceding two cheap penalties which were converted by Pirates fly-half, Alvarez.

Our poor discipline allowed Pirates a strong foothold in the game early on and not long after the first try of the game. This occurred on the 14th minute as Alvarez became a provider to Pirates player Alex O’Meara who scored on the wing, leaving the score 0-11.

The game settled for a period where the sides traded blows until the game burst back into life. More ill-discipline from Nottingham cost them a penalty which Alvarez kicked through the posts to make the score 0-14. Just five minutes later the Pirates struck again through number eight Will Wilson, with the conversion making the score 0-21 to the visitors.

The final try of the half saw O’Meara score his second slicing through the Nottingham defence off first phase ball from the lineout. The conversion from Alvarez was again good leaving the half time result 0-28

After a firm talking to by Head Coach Neil Fowkes at half time, the Nottingham side came out with newfound energy in front of the home fans.

The half started far more promisingly for the hosts as Harry Graham’s weaving run down the touchline saw him scoring his second try in the Nottingham jersey. Two points were added following the conversion by Tom Stephenson. Scoreline 7-28.

These would Nottingham’s first and last points of the game.

Despite an improved Nottingham defensive effort, with a noticeable performance from Bungaroo who made his debut for the club; the Green and Whites couldn’t hold out against the Pirates who looked threatening throughout the game with the ball in hand.

The pirates’ winger Alex O’Meara added a further two tries to his impressive first-half display leaving him with a total of 4 and the scoreline 7-42.

Thank you to everyone who came down and supported, and we hope for an improved result in the reverse fixture against the Cornish Pirates.