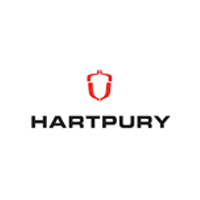 It was a poor start for the Green and Whites after some early pressure from the visitors had them with their backs to the wall.

Joshua Bragman threatened with an early penalty which glanced across the front of the posts before George Simpson went over on the sixth minute. Bragman made no mistakes with the conversion and the visitors went seven up in as many minutes.

The two teams then settled down into a back and forth tug-of-war. Neither side was able to break the other down and it turned into a waiting game for both the Green and Whites and Hartpury.

That was until the 22nd minute when, after forcing a lineout by the Nottingham tryline, the vistors were able to catch the Green and Whites with a slick move and go over for the second time through Sam Goatly. Bragman converted again and doubled Hartpury’s lead.

Alex Dolly got Nottingham back in the game soon after when he put the finishing touch on a slick move through the Hartpury defence. However, Shane O’Leary was very unlucky to see his conversion bounce off the post and wide on the 29th minute.

It continued to get better for Nottingham who had the momentum and they grabbed their second try of the night through Oisin Heffernan following a scrappy scrum by the left corner.

O’Leary was able to make amends and successfully converted to bring the Green and Whites within three points at the break.

Nottingham were ahead soon after the second half got underway. A great driving maul down the left wing cut through the Hartpury defence. This effort was rewarded when the referee awarded the Green and Whites a penalty try.

Sean Scanlon got number four for Nottingham after some lovely build up play through the Hartpury half. A quick pass and play move let Scanlon slip through down the right flank and the Irishman went over after shaking a last grasp challenge. O’Leary converted to extend the lead to 26-14 on the 56th minute.

Nottingham continued to turn the screw with some liquid rugby and David Williams was able to go through on the 65th minute to add yet another try for the Green and Whites. It really was looking rosy when O’Leary added the conversion to extend the lead to 33-14.

Hartpury were down but certainly not out and clawed themselves back into the game when Goatley grabbed his second try of the night. Bragman converted wonderfully and set up an exciting final ten minutes with the Green and Whites still well ahead but no longer running away with it.

And exciting it got when Hartpury added a late try with just seconds to go on the clock. It could well have been a photo finish for the visitors had Bragman manged to divert his conversion on course but wide it went.

Nottingham, undeterred saw it out and secured a big home win to round off an excellent game of Rugby on Trentside.