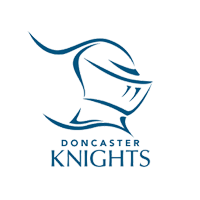 Storm Dennis made sure that the conditions down at the Bay were next to impossible to play in as the home crowd readied themselves for an attritional game against Doncaster Knights.

Neil Fowkes team were reeling off an away defeat from the Knights in their last game against each other.

In all honesty there was nothing too exciting to report in the opening minutes of the game, apart from both nines’ passing style’s which were reminiscent of Roberto Carlos’s famous free kick… Loopy.

Nevertheless, both sides traded blows in the middle of a beaten Lady Bay pitch. After around 30 minutes of attritional ‘proper’ rugby the home side opened the scoring; a score which came in the form of a penalty from Nottingham fly-half, Shane O’Leary.

The second half however sparked into life from the off. It was just two minutes into the half before Will Simonds barrelled his way over for his first try in a green and white shirt, making the score 10-0.

Doncaster started to feel the pressure as they received a yellow leaving them exposed with 14 men on the field. Nottingham capitalised in due course through the brute strength of Will Owen, making the score 15-0.

Resolute defending from the Green and Whites choked the Doncaster team in attack who were very much camped inside their own 22 for the final ten minutes of the game.