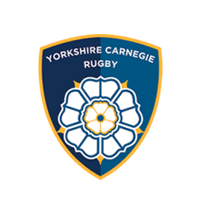 A bit like buses you wait for years for a win at Headingley and then two come at once.

Friday night saw a comprehensive ten try 62-10 win with nine of them scored by the backs, including a record-breaking five by Jack Spittle. It was the biggest winning away margin in the league since the 55-0 drubbing handed out to Liverpool Saint Helens in the early nineties.

The building works that have seen both sides replaced are now complete. The players come out from the corner similar to at Coventry. On the night, only one side and one end were open. This was no surprise as the total lack of atmosphere in the near-deserted bar pre-match spoke volumes about the travails in the home camp.

The official attendance of 882 looked at least twice the reality. The reverse of the team sheets gave detailed descriptions of the background of the home 23. You felt that this was more for the benefit of the home support than that of any visitors.

The match had a controversial start as after 2 minutes Millett was taken out in the air fielding a kick – the home 14 was perhaps fortunate to receive only a yellow.

The first try came during the binning as Spittle scored coming off his wing & going against the grain 0-7. They scored their first points against us in this, the third meeting of the teams this season as the 14 was waiting to come back on with a pen from in front.

A feature of our tries were the number that came off first phase play and Spittle scored his second, running through a yawning gap in the youthful defensive line that was missing the experience of Tom Varndell. Dolly, who took all the kicks, was again successful 3-14.

We were guilty at this stage of leaving points out there through lack of precision or releasing pressure through conceding unnecessary penalties. It took 30 minutes before we had the put in at the scrum which was a credit to their handling, although we withheld their phase play very well. The Leeds pitch was at one time notorious for providing a poor base for scrummaging, it was nowhere as bad this visit, but was nonetheless in surprisingly poor condition.

Try number 3 took until 35 when, after we had ignored the 3, Cole was able to break off a maul 3-19. The last play of the half saw the livewire Spittle attain a personal hat trick and team try BP again off first phase as he burst through the lightweight backs defence. HT 3-26.

HT at Leeds normally sees a display of dancing girls – this year no dancers, but instead a unique combination of blasting disco music accompanied with floodlights atop the new stands flashing on and off in line.

Our line out was generally excellent & it was from moving the ball through the hands that created the space for Williams to squeeze in at the corner. 3-31.

It was one way traffic after 4 successive scrum penalties in our favour the ball was released to Millett who had the time & space to run free from distance. A sixth try & a fourth conversion.

All the subs were used during the match except Sio – at this stage Foley replaced Scanlon with Spittle moving to full back. Later McConnell came on to replace Strong & played at 10.

The expression “length of the pitch try” was never more true than for Jack’s 4th. A pen kick to the corner by them was tapped back into our in goal area & then passed to Jack who didn’t stop until he had touched down at the other end. Fantastic! 3-43

Our wingers as a collective do score their fair share of tries & the next to contribute was Foley – this after sprinting clear off ruck ball to bring up the 50. 3-50.

The consolation try was conceded when we allowed the ball to be stolen off the back of a 5 yard scrum & they were able to touch down against the base of the post.

A second yellow for a high tackle was the precursor to the fifth Spittle try. This conversion was missed as like the majority of the scores it was in the corner.

The final try was again from a line out with the ball being spread through the hands at pace to enable Foley to score his second out wide.

The only real downside on the night was the early enforced replacement of George Cox by Will Owen after only quarter of an hour.

No sooner had the game finished than we were treated to the bizarre spectacle of the pitch being white lined for the RL due to take place 2 days later.

Our next engagement at the RAG is on Friday night something our squad is very well used to. Our last match under lights there saw a victory sealed by a Mugford DG at the death. A repeat would be very welcome.