Alex joined the Green and Whites squad in the summer of 2017 just before he started his Economics degree at NTU.

In the 2016/17 season he was part of the Bedford Blues development squad, on loan to Hinckley RFC in the National 2 North league where he gained experience playing senior level rugby.

Previously he was at Wasps Junior Academy up to U18s and also part of the Wasps AASE programme at The Henley College.

He played for Ireland U18s in the Tri Nations Festival 2016.

He has also played in the IQ Sevens competing in the Super 7 Series. 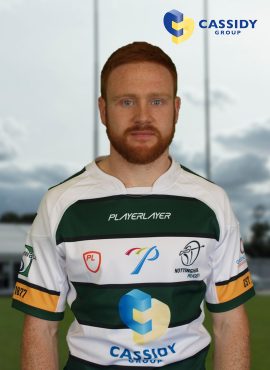