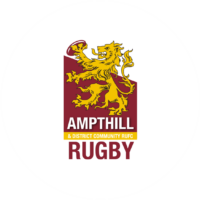 Nottingham Rugby started their home league campaign with an entertaining 36-26 victory over Ampthill at The Bay on Friday night.

And it was the home side who opened the scoring. A quick penalty taken by Michael Stronge was offloaded to Josh McNulty who then danced around the Ampthill defence, offloaded to Stapley, one more to Williams who side-stepped on the line and went over in the corner.

Just three minutes later, Billy Harding escaped from the back of a rolling maul and thought he’d scored, but his effort was dropped just on the line.

Midway in to the first half, Sam Hollingsworth received the ball out of the ruck from Stronge before chipping over the Ampthill defence for an onrushing Charlie Thacker as Nottingham took the lead. Hollingsworth with an easy conversion.

The best move of the game came from Ampthill just before the half hour mark when Russell Bennett chipped over the Nottingham defence where Tom Hudson collected and quickly offloaded to Ben Cambriani who went over in style. Bennett added the extras.

Nottingham were gifted a penalty in front of the posts just after the half hour mark for some stray hands in the ruck from the visitors. Hollingsworth opted for the post and dragged it narrowly wide.

Right before the break, Nottingham won a penalty for a knock on, of which Hollingsworth opted for the posts for the second time in the game. This time it was successful, which took the home side in to the break three points in front. 15-12.

Seven minutes in to the second half, David Williams did what David Williams does best. He broke the line with a weaving run to score his 37th Nottingham Rugby try under the posts. Sam Hollingsworth with a good kick.

Hollingsworth was having the game of his life, this time providing the assist for Charlie Thacker’s second of the game. The Archers worked the ball well from left to right, through the hands of Hollingsworth who picked out the darting run of Charlie Thacker who found the gap under the posts. The former then added the extras.

The game entered a quiet period around the hour mark, but on 66 minutes, Ampthill took a quick penalty under the posts and Morgan Monks showed his power to score from close-range. Fin Smith with the conversion. 29-19.

Nottingham looked to tire towards the latter stages of the game, and started to concede a few penalties. Morgan Monks battled off two Nottingham players before almost getting over the line, but instead won a penalty which was kicked for the corner. Ampthill looked to push from the rolling maul but conceded a penalty for holding on. A missed opportunity for the visitors.

Sam Hollingsworth topped off his outstanding performance with a try on 73 minutes after running at least half the length of the pitch and jinking past the Ampthill defence. What a performance from the Nottingham fly-half. Conversion was good.

Ampthill secured their bonus point with one minute to go, with what looked like a forward pass over in the far corner. That was the final action of the game.

Nottingham Head Coach Craig Hammond said: “I’m a bit relieved. The guys here have been working hard for the past ten weeks in pre-season and to kick it off on a Friday night at home in front of a really good crowd and get five points is great work from the boys.”