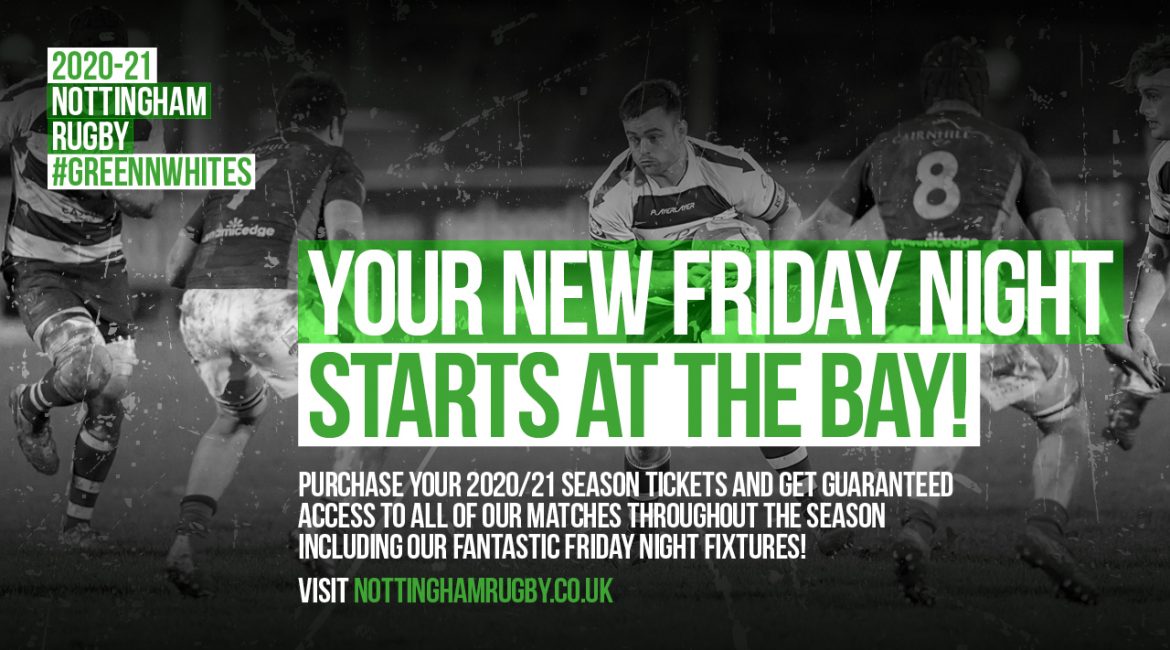 Season Tickets are still available to renew for the 2020/21 season.

Despite the pandemic, and cuts from the RFU, the club has ensured season ticket prices have stayed in-line with last season. By purchasing a Season Ticket for 2020/21 season, you can join the community of rugby lovers which flock to The Bay on a match day, watching entertaining rugby and meeting the players after the final whistle.

Your Season Ticket will guarantee you entry to every single league fixture at The Bay, including the exceptionally exciting game against Saracens which we expect to be a sell-out.