BOARD AND SENIOR MANAGEMENT CHANGES 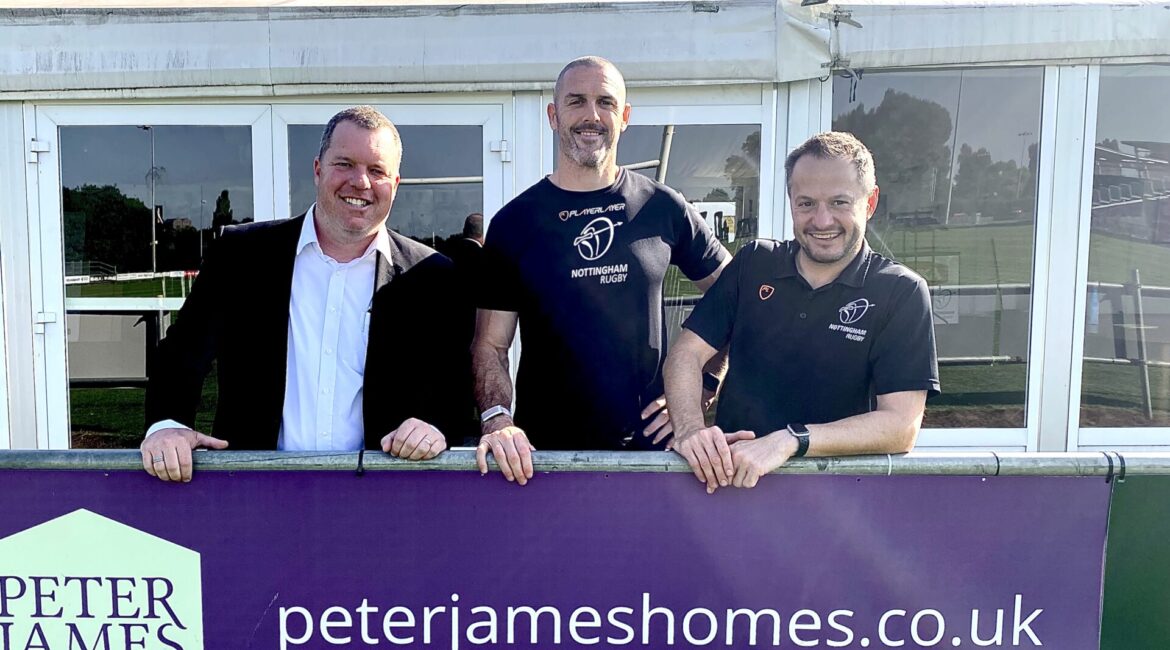 Nottingham Rugby has announced some changes to the board and senior management team as club COO Steve Smith has accepted a position at the Rugby Football Union (RFU), whilst club director Chris Simon becomes part-time CEO and Sean Wolstenholme joins as Head of Food & Beverage. The club can also announce the addition of Andrew Jackaman to the Board.

Smith who has seen two stints with the club, re-joining as General Manager in 2015, before becoming COO, has agreed a role with the RFU as Club Business Operations Advisor starting 15th November 2021. He will stay on board with Nottingham in an advisory capacity as part of the ‘Rugby Group’.

Smith has overseen the operations of Nottingham Rugby since it’s move to The Bay in 2015 and has been an instrumental figure in the club’s success on and off the field.

Commenting on his departure, Smith said:

“I have enjoyed my time with Nottingham Rugby, but I feel that now is the right time to move and take on a new opportunity with the RFU. I have been fortunate to work with some exceptional people at the club and would like to say a huge thank you to the amazing volunteers, supporters, coaches, players, staff, sponsors, and the board.

“Whilst I am leaving the club for a new role, I will still be around in the background. Over the past few seasons, we have developed our rugby group – consisting of directors Rob Jones and Simon Beatham, former chair and now Vice President Geoff Huckstep and myself. I was keen to stay involved with this group as we continue to provide support and advice to Hammo as he develops the squad here at Nottingham. I am delighted and excited that the club has asked me to continue in this role – something I am looking forward to doing alongside watching some rugby here at The Bay.”

As Smith moves to the RFU, Nottingham can confirm that Club Director Chris Simon will take on the new role of part-time Chief Executive and the club will recruit for a General Manager.

Chris has worked closely with the club since 2006 when Nottingham first moved to The Bay and was heavily involved with the move from Meadow Lane in 2015. He takes on the role of part-time CEO in a move aimed at making the club a more sustainable business for the future.

Chris said: “Having been part of the board since 2014, I am delighted to be asked to help shape the next period for Nottingham Rugby. When moving to The Bay in 2015 we set out on a journey to make this club more sustainable and ensure its security for many years to come. We have started that journey, but there’s a lot more to do.

“We have a fantastic opportunity to make The Bay something special – both as a home for professional rugby, but also as destination for leisure and sport, to play and to watch. I’m excited about helping the board to turn this great club into a great business.”

“I’d like to wish Steve well with his move to the RFU and to thank him for everything he has done for Nottingham Rugby. He has been a great servant to the club and become a close friend over the years, and I know we’re going to miss him. I am delighted that he has agreed to stay on and help with rugby matters though – something I know we were all keen to see happen.”

Chris will continue to work as the CEO of the England Touch Association, as well as oversee his own events and marketing agency – Perfect Motion. He will also remain a board director of Nottingham Rugby where he and others will be joined by Andrew Jackaman. Andrew has been involved with Nottingham Rugby for several years as the Commercial Director of club sponsors’ Thomas Bow. He brings a wealth of commercial experience with him – a role that he will also be focusing on for Nottingham Rugby as he continues to grow and develop the commercial side of the club.

Joining the club’s senior management team is Sean Wolstenholme, who becomes Head of Food and Beverage responsible for growing and managing the development of the Archers Sports Bar. Sean brings with him a wealth of experience from the world of delivering top, world-class events at signature venues, including, The Queen’s Garden Party, Wembley Stadium, Wimbledon, The Open and Twickenham.

He said: “It gives me great pleasure in joining Nottingham Rugby to spearhead our food and beverage department through Archer’s Sports Bar whilst trying to build the number one destination in Nottingham.

“We have already started to increase our offer, expand into new areas of operation and enhance what we already do. We have a great facility here at the Bay and it’s one we need to make more use of, both on match-days, but also during the rest of the year.”

“We’ve been looking to strengthen the off-field team for some time, and I am delighted that Sean will be joining us and Chris stepping up to take on a more involved role at the club.

“Sean brings with him a wealth of experience and I have no doubt is the right person to take our Archers Sports Bar operation forward. I have known Chris for many years, and I am pleased he has agreed to work closely with me and the rest of the board to make Nottingham a more sustainable business, but also lead the development of the Bay into a first-class venue for sport and leisure.

“I am sad to see Steve go. He has been a great asset for the club over the years and on behalf of the board and all involved at Nottingham, I’d like to wish him well with his move to the RFU. I know he won’t be too far away and will continue to support the club in a voluntary capacity as part of the rugby group.”

Additional appointments are expected at Nottingham as the club advertises for a General Manager role to lead on operational matters, as well as continuing the recruitment of an Office Manager, with interviews for the latter taking place this week. Despite the departure of Smith, the board and management team at Nottingham are committed to the future and the latest appointments, with more expected further demonstrate the club’s ambitions for growing a sustainable rugby business at The Bay.

Further announcements will be made in due course. For further details on either role, please get in touch.

For any company interested in getting involved at Nottingham Rugby, please contact Andrew Jackaman via the club on 0115 9 070 070.