CONFIDENCE AT ALL-TIME LOW FOR CHAMPIONSHIP 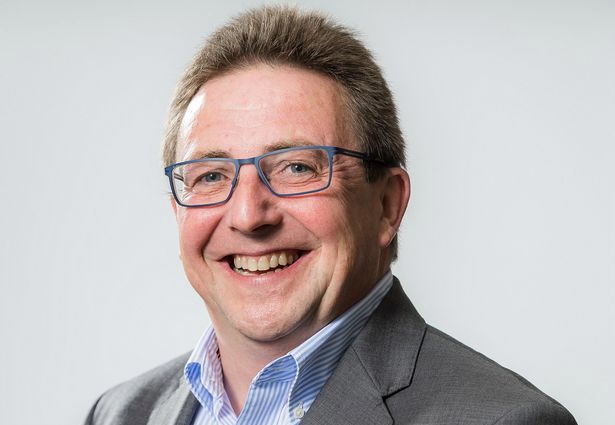 It’s no secret that Championship rugby is under-funded and undervalued by the Rugby Football Union (RFU), but after years of false promises Alistair Bow, major shareholder and chairman at Nottingham Rugby, believes the RFU needs to get its head out of the sand and bring about real change for the sport.

Confidence in the RFU’s ability to operate the Championship and grassroots rugby is at an all-time low. It has brought the sport into disrepute, damaging the integrity of the game as well as the stakeholders working tirelessly to preserve the development levels of competition.

The systematic funding cuts and the fact that RFU chief executive Bill Sweeney said “there is no clear benefit” for spending money on the Championship is a damning indictment of his inability to operate a governing body that fundamentally would not exist in the absence of grassroots sport.

After years of false promises and statements that lack substance from the RFU, we are unable to continue operating as we are, waiting for the governing body to instigate a solid strategic plan that will initiate progress. Recent statements by the new RFU chairman Tom Ilubealso ignore questions about growing issues, and the few responses have lacked detail and failed to fill me with confidence that positive change is coming.

Even the Championship Strategic Review, which is currently taking place, is starting to feel like an extension of COP26 – showing lots of promise but lacking any real commitment to make the necessary change needed now. After 11 years of representing Nottingham at the Championship Chairman’s Committee, action for change is continuously ignored and probably gets lost somewhere between the ‘Gin & Tonics’ at Twickenham. This is further highlighted by the recent RFU Championship Survey, which the RFU only gave respondents a few days to complete – not enough time to offer any significant feedback so the results will likely end up in the same place as the 2018 Ernst & Young Review, which never saw the light of day despite clubs being promised sight of the full report.

It would however be disingenuous to suggest that so called ‘schoolyard jibes’ on such crucial issues reflects on the entire 65-strong council, but it does provide a window into the growing divisions and antagonism over the direction the RFU is taking. With the Championship sinking, it seems the RFU is using the Championship Review as a cover to avoid any real and meaningful debate with those that fund and finance Championship and National League clubs, which for many runs into millions of pounds.

Belief that the Championship is being deliberately scuppered by an RFU administration is, in my view, a real and present danger – with the RFU buying into the concept that part of its role is to support the protection of Premiership club investors. This strategy is being questioned by many, but we are unfortunately being barred from hearing any substantial reasonings. Instead, they are likely kept locked away in the confines of the Twickenham board room.

Despite being continuously ignored, at Nottingham Rugby we are working hard to implement a plan that will ensure stability and long-term sustainability for the club, the league and, fundamentally, the trickle-down effect to the grassroots level of our sport. However, the limitations posed by the RFU’s mismanagement and inadequate funding structure means that for every step forward we take two steps backwards.

For too long this has stunted the growth of the youth game in this country, with many talented young players having to cut their teeth overseas rather than develop in our second division.

We cannot continue to blame the pandemic, but it does further highlight the inequality. We received an insignificant amount from World Rugby’s £80 million Covid-19 relief fund and quite frankly this has only emphasised the neglect in our country’s game from the top down. The RFU cannot solely blame Covid-19 for their recent failings – the financial structure remains outdated, with no clear and viable strategy for the future.

In my time as chairman, I have never seen a strategic plan for the Championship. Bill Sweeney has spoken about our club failing to achieve KPIs – but without a plan, how can the RFU expect clubs to achieve goals if they are publicly unknown. Unless a strategic overhaul of the RFU is imminent, I fear for the longevity of our wonderful sport in this country. We are one of the three most popular sports yet there are no intentions to grow the popularity of rugby beyond the national team and the Premiership.

For the benefit of participants and spectators of rugby, a long-term strategy should capitalise on the unique fan experiences that are possible at the lower tiers of the game. Fans can get closer to the action, have greater non-executive control on the running of teams and there is a greater sense of inspiring communities through rugby.

Our club is proud of the contribution it has made to Nottingham, harnessing the county’s talent to create a hotbed of sporting excellence. Despite underfunding, we are pushing forward. We have taken on Chris Simon as chief executive to drive the club towards a sustainable future. We’ve also created a brand-new role to support the hospitality side of the club with Sean Wolstenholme joining as head of food and beverage, and Andrew Jackaman has been appointed to the board as commercial director. Both Chris and Andrew have worked with me for many years and these recent appointments will bring strength and additional support to the management team to ensure we continue driving real change for the benefit of our club and supporters.

In partnership with Rushcliffe Borough Council and Nottinghamshire County Cricket Club, we are working hard to create a community facility for all, including a new stand, clubhouse, and additional hospitality facilities. A 3G pitch will be available seven days a week to all teams at Nottingham Rugby, as well as a space for universities, clubs and for the community to use for a range of sporting recreation.

I remain optimistic and have confidence in my city to fulfil its plans and create a fantastic space on the bank of the River Trent that will support sporting success for future generations to come. We are an ambitious club determined to lead the way in terms of operations, facilities, and community integration. However, we need the support of a clear RFU strategy to enable us to return to a full-time first team operation.

All clubs must vocalise their skepticism in the RFU mismanagement and lack of strategic direction for the benefit of the Championship – whether this is part of the Survey or separately. I strongly urge the governing body to take their head out of the sand and reconsider their long-term vision for rugby into one that extends beyond Twickenham and the Premiership. A revised strategy must be more inclusive and one that stakeholders and shareholders alike can get behind and work together cohesively, with clear KPIs and a plan for growing every level of the game.