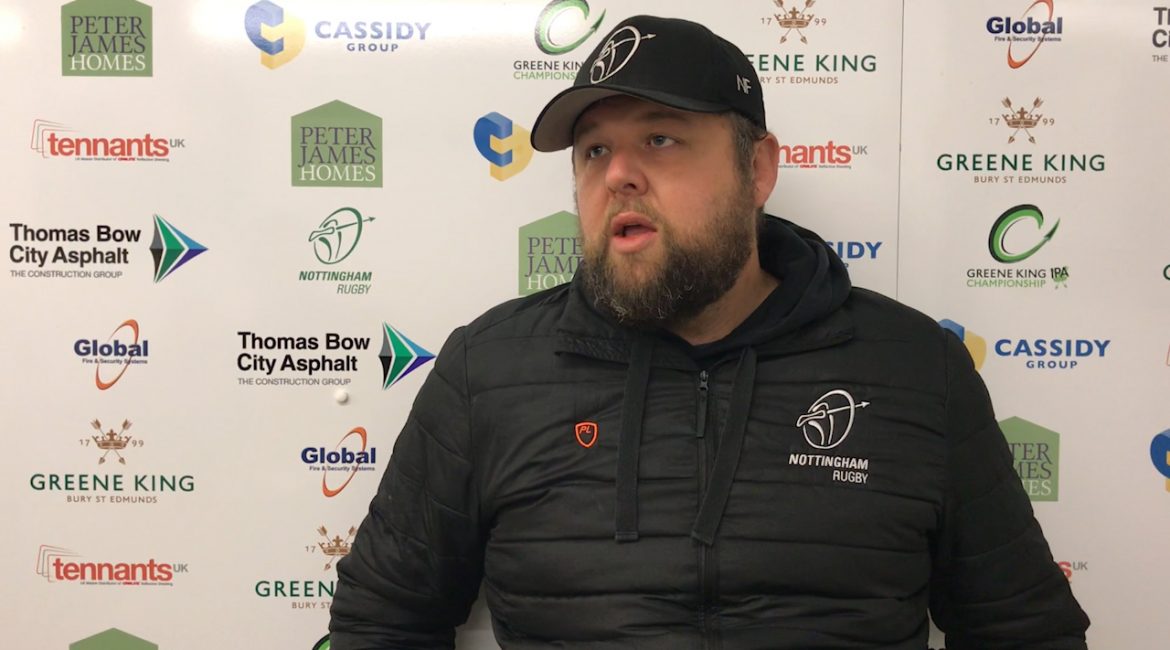 Neil Fowkes will take his Nottingham team to face Yorkshire Carnegie in the final Pool 3 Championship Cup game on Saturday afternoon as they look for a home quarter-final.

The Green and Whites hosted Carnegie at The Bay in the opening game of the season and recorded an impressive 83-0 victory, but Fowkes is expecting a different challenge at West Park.

He said: “We’re expecting a tough game. Their (Yorkshire Carnegie) first cup game they’d been together for seven days and trained twice per week so it was a big ask for their boys to gel. They’ve now been together for 14 weeks and you can see the signs of their squad coming through. They’ve got some quality in their squad, a couple with some bright futures and a few that have been in the Premiership.”

There have been improvements in the Carnegie camp in recent weeks. Joe Ford’s men managed to score 49 points in November, but they are yet to register a point in the Championship Cup.

“We’re not expecting it to be easy and, looking back at their last few games, they’ve been in games for periods so we’ve got to make sure we’re ultra-disciplined but also make sure we put our best performance out there and not let them get in to the game,” said Fowkes.

But confidence is high in the Nottingham camp, having won their last three games in all competitions, including an impressive cup win over Cornish Pirates.

Fowkes said: “It’s going to be a tough game but we’ve spoken to the boys about putting a performance in because if you do that then the scoreboard looks after itself. Leeds are getting better every week so we’re not expecting to go up there and have it all our own way. We’re expecting to go up there for a tough game. The boys are in a good place and confidence is high but confidence is only high if we stay on the momentum train.”