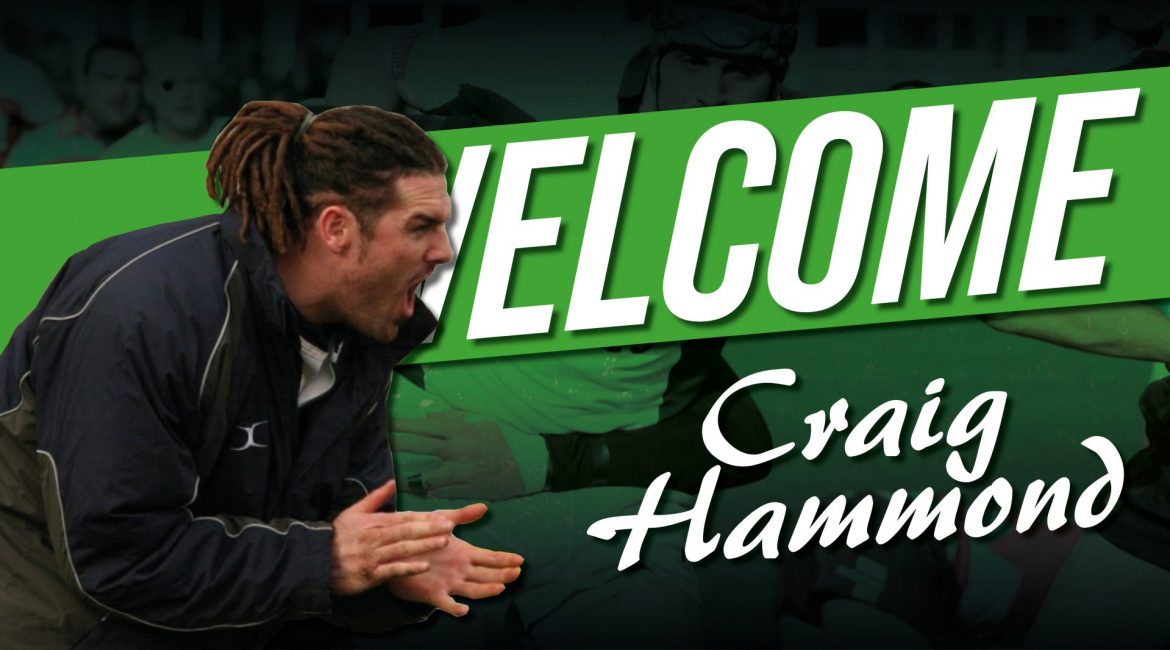 NOTTINGHAM Rugby is delighted to announce that former captain and club stalwart Craig (Hammo) Hammond will return to the club as Head Coach for the beginning of the 2021-22 season.

A familiar face with Nottingham Rugby supporters, Hammo made 289 appearances for the Green and Whites, and a record 227 as captain over an 11-year spell with the club from 2001-2012. Initially as an amateur player, Hammond balanced playing with management of the Green and Whites community programme delivering rugby in schools and local clubs, across Nottinghamshire and further afield. He also coached at Ilkeston Rugby Club and the University of Nottingham when not on the pitch himself.

In 2009-10, in his first fully professional season, Hammo led Nottingham to the play-offs of the new National League One (now known as the Championship), with the campaign featuring a memorable 20-9 victory over Exeter Chiefs, who went on to win promotion to the Premiership.

Hammond described the opportunity to return as the chance of a lifetime.

“I would not have left Hong Kong for any old job. There is only one club that I would uproot my family, and give up an international coaching opportunity for, and that’s Nottingham. This is an incredible chance for my family and me and ultimately, I couldn’t say no.

“When the offer came, it was gut wrenching, because both organisations are incredibly meaningful to me, but joining Nottingham and coaching in the Championship was a great chance for me to continue developing as a coach, and to continue supporting the club where I have spent most of my career. I am still hugely passionate about Nottingham and having the opportunity to captain the club as player, and now being able to return as coach, was too hard to resist.

“Although I am a native New Zealander, my wife and I spent 11 years at Nottingham, and all three of our children were born there, so it is effectively like returning home. Many of my teammates and those involved with the club in my playing days still live there as well.”

The New Zealander left Nottingham Rugby in 2012 and has been an influential figure in Hong Kong rugby and in the Hong Kong coaching team, serving as a Club Coaching Officer before joining HK Scottish’s front office.

Rob Jones, Nottingham Rugby Board Director added: “We are delighted to welcome Craig back to Nottingham and I know his appointment will be warmly welcomed by those who can remember his previous 11 years with the Green and Whites, many of which were as captain and Community Manager.

“We had a fantastic response to our Head Coach vacancy last month and we have had to turn down a number of other excellent coaches, but we know we have got the right man. Craig is not only a great coach, having demonstrated this over the last 9 years, but he understands the culture of Nottingham Rugby and what we are striving for over the next few years.”