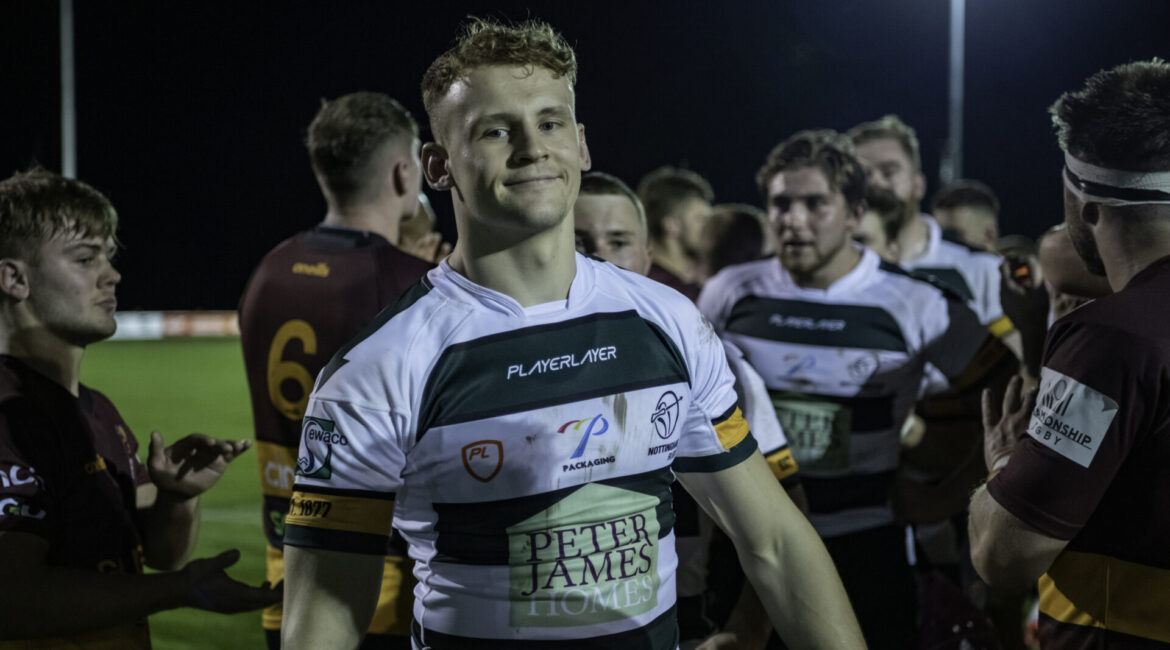 Winger David Williams helped himself to a brace in Nottingham’s opening Championship fixture of the season at The Bay, and he’s described the evening as ‘quality’.

There were over 1,000 supporters inside The Bay, of which Williams has heaped praise on.

“Quality. Absolutely quality,” said Williams. He added: “The first game back at The Bay, Friday nights under the lights. The boys were great but the fans were even better. They were really loud and it’s exactly what we want to bring every home game.”

Due to the pandemic, this was the first game back with a full capacity, and Williams outlined the difference supporters make to the boys on the grass: “It’s tough playing without fans and the difference they make is second to none. The place was rocking. If we can get this going and get more people in week-in week-out we’ll become the proper club that we are.”

Talking about the impact of Craig Hammond since his arrival at the start of pre-season, David Williams has called The New Zealander a ‘breath of fresh air’, and says that Nottingham will only get better as the season progresses.

He said: “He’s (Hammo) been a breath of fresh air. He’s kept the style of rugby, expensive, quick, fast, exciting, and he’s built on that. There’s a proper togetherness for the boys and if we keep getting wins like that, we’re only going to get better.”