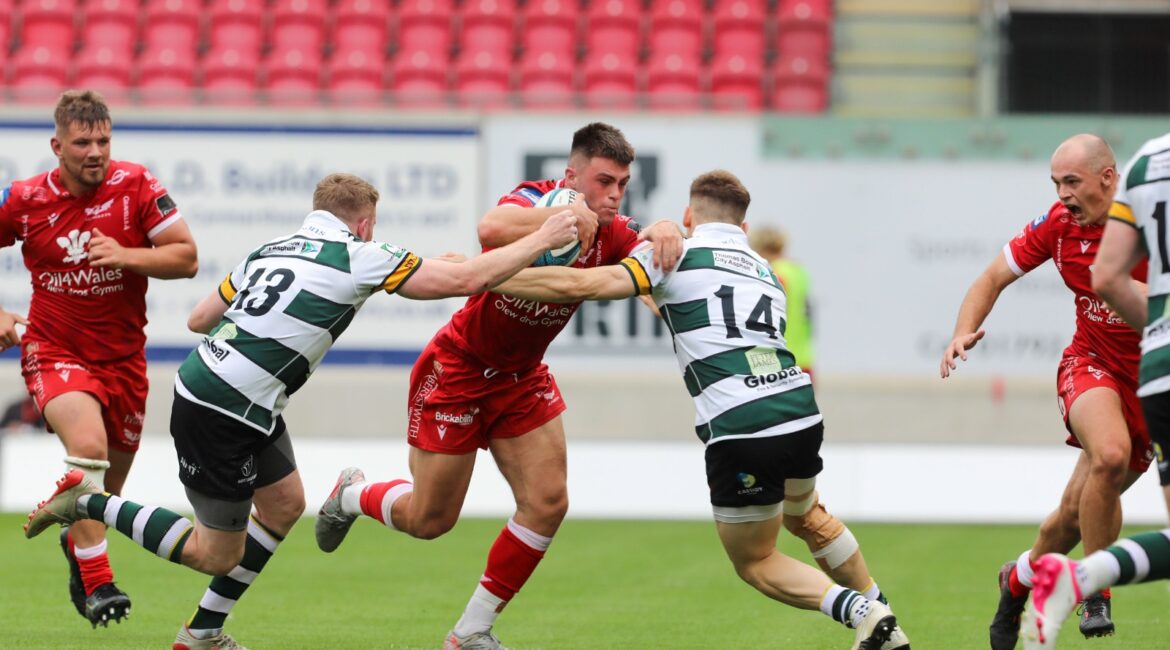 The Archers were much-improved in their second pre-season fixture of the campaign against Scarlets, as Craig Hammond’s men build up to the Championship season.

Ryan Conbeer scored a hat-trick for Scarlets, and 18-year-old Archie Hughes claimed a double on debut as the hosts ran out 55-21 winners at a sun-soaked Parc y Scarlets.

It was an entertaining contest for close to 3,000 fans, many of them returning to the stadium for the first time in 19 long months.

Nottingham battled throughout and dominated the opening exchanges, but it was the pace and invention of the young Scarlets back division that saw them through in a nine-try display for new head coach Dwayne Peel.

It was the Archers who opened the scoring through fly-half Sam Hollingsworth, but with No. 8 Sione Kalamafoni to the fore, the Scarlets soon found their stride.

Corey Baldwin crossed in the corner then Conbeer was put away on the other wing.

Hooker Shaun Evans, a former Archer, then touched down on the back of a strong rolling maul to add a third as the home side went into a 19-7 interval lead.

Early in the second half, Hollingsworth poached a second with a clever kick through, but Scarlets then pulled away with a flurry of tries.

Replacement Sam Costelow found acres of space to put a perfectly-placed kick in the path of fellow sub Steff Evans, then slick hands put Conbeer away for his second in the right corner. Then came the Archie Hughes cameo.

The Tenby product took an inside pass and danced away for his first, then appeared on the shoulder of the side-stepping Evans for his second of the afternoon.

Nottingham bagged a third from close range, but it was Evans for Scarlets who crossed for the try of the game, dummying and racing away.

Hughes could have had a hat-trick but unselfishly flicked an inside pass to Conbeer to canter under the posts.