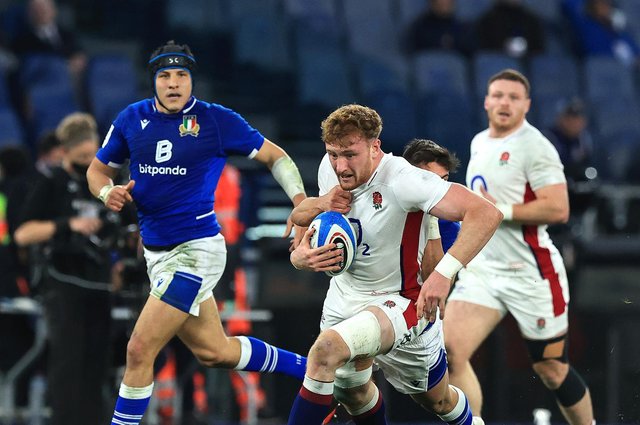 It is with great pleasure that we can announce that former player Ollie Chessum made his England senior debut this weekend in the Six Nations fixture in Rome.

Chessum who was a formidable force in the back row for Nottingham in the 19-20 making 10 appearances for the First XV squad . Ollie was just a young prospect when he joined the club, however, working alongside Leicester Tigers he soon became the force to be reckoned with which we now see week in week out for Leicester in the Premiership.

An honourable mention to Ollie in his time at the club was his solo effort try which he scored in the win over London Scottish at The Bay in the cup competition that year.

Prior to his debut, England Rugby caught up with Chessum to discuss his career where he spoke proudly and confidently about how his time at Nottingham had helped him progress to be the player we now see today.