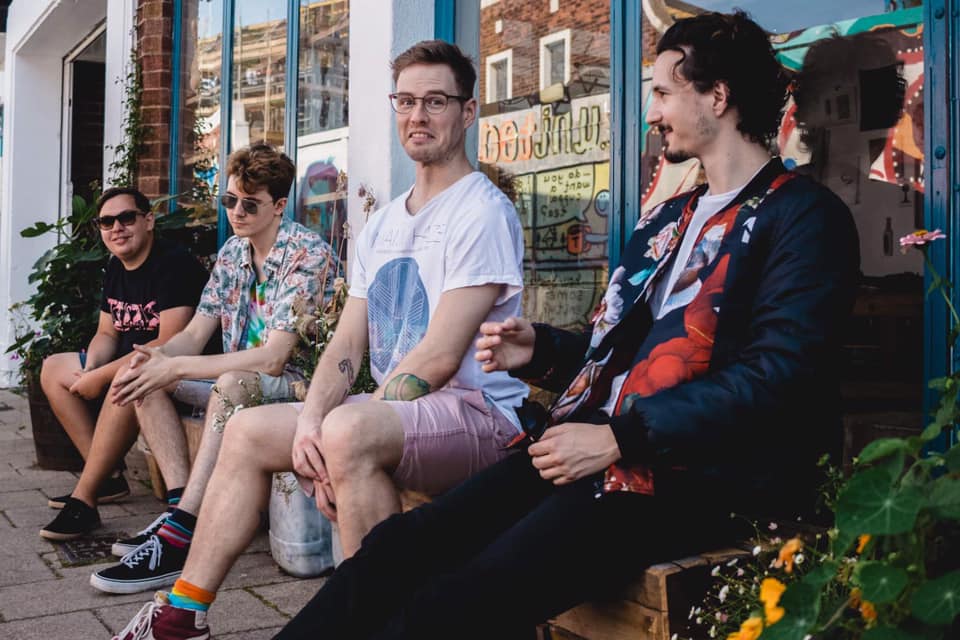 The new start to our season brought the opportunity to showcase new music for our squad announcement videos.

Nottingham’s Good Hustles, winners of The Mic’s Nottingham Band of the Year in both 2019 and 2020, got to showcase their single ‘Run Out’. The song featured on the most recent squad announcement against Ealing Trailfinders.

Good Hustles, consisting of Morton Piercewright, Will Bewley, Nathan Hart and Will Peters, burst onto the scene with their first single ‘Know It All’. Since then, they have gone onto win multiple awards and feature on BBC Radio as part of their introducing section. Their most recent single ‘Too Far’ can be streamed now on music streaming sites such as, Spotify and Apple Music.

The squad announcement video was posted across our social media platforms and was a great opportunity for fans to listen to the band and support local artists in Nottingham.

If you’re an artist or a band and would like an opportunity to feature on the Green and Whites’ next squad announcement then please email media@nottinghamrugby.co.uk.

The chance to feature is a great opportunity to reach new listeners and be the music that gets to charge fans ready for Nottingham RFC’s big games.