Green and Whites make history at The Bay 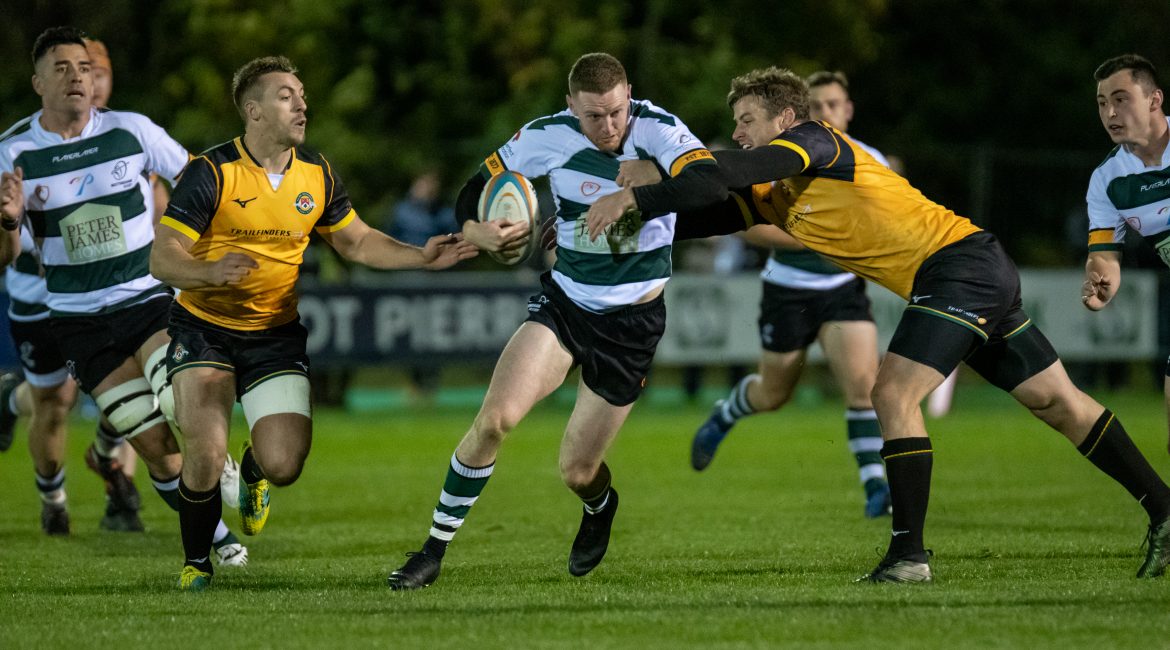 Nottingham Rugby secured a stunning 42-27 bonus point win over Ealing Trailfinders in a breath-taking game at The Bay on Friday night. 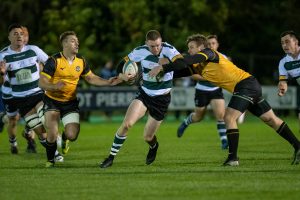 Tries from Murray McConnell, Will Millett, Jake Farnworth, two tries from Jack Spittle and 17 points from the boot of Shane O’Leary inflicted defeat on Ealing for only the second time this season as Nottingham won their fourth game on the bounce at The Bay for the first time ever.

It was Ealing who made a fast start to the contest with some high intensity rugby, but the Nottingham defence remained resolute and continued to force the visitors back. Though it was the home side who scored the first try with an impressive score.

A superb break from Will Millett and Murray McConnell put the Green and Whites in a good position before the ball was sprayed out wide to Jack Spittle who did terrifically to dive over in the corner. Shane O’Leary missed the conversion, but they had a 5-0 lead.

Ealing hit back soon after however when Jordan Reid bundled over from close range for the visitors’ first try of the match. Peter Lyndon converted the score to edge his side into a 7-5 lead at The Bay.

Then the Green and Whites scored another wonderful try to edge back in front. Billy Robinson raced down the left side before cleverly offloading to Murray McConnell who scored under the posts. O’Leary made no mistake with the conversion, putting Nottingham into a 12-7 lead.

Nottingham continued to look dangerous going forward and their efforts were further rewarded when they were awarded a penalty in front of the posts. Once again O’Leary coolly slotted the kick over to make it 15-7.

The fast-paced game continued when Ealing scored their second try on 32 minutes. Kieran Murphy spotted a gap and ran through for the visitors for another converted try, bringing them within one point. Then on the brink of half-time Will Millett pounced on a poor Ealing kick, impressively collecting the loose ball to run half the length of the pitch to score Nottingham’s third try. Another fantastic O’Leary conversion made it 22-14.

To no surprise, the action-packed half continued when Ealing scored their third try. After claiming the ball from the restart, the visitors worked the ball forward before Craig Willis eventually dotted down to score a converted try on 38 minutes. On the brink of half-time, however, Ealing were awarded a penalty which Lydon converted, giving them a 24-22 lead at the break.

Ealing started the second-half at the same intensity but it took 11 minutes for the next point when they extended their lead with a drop goal to make it 27-22 to the visitors. Shane O’Leary kicked another three points on 56 minutes to bring the Green and Whites within two with just under 25 minutes remaining.

The Bay were on their feet moments later when Jack Spittle scored a stunning solo try. The winger intercepted a pass and ran almost the length of the field to dive over in the corner for his second try and Nottingham’s fourth. O’Leary added the extras to make it 32-27.

Nottingham continued to battle well and were camped in the Ealing half with ten minutes remaining as they searched for another score. It deservedly came on 72 minutes when some patient play saw Jake Farnworth dot down off the back of a driving maul. O’Leary slotted over the conversion confidently to make it 39-27.

It got better for Nottingham when O’Leary’s drop goal extended the lead to 42-27 which remained the final score in a stunning game of rugby which sees Nottingham win four straight home games at The Bay for the first time.