Green and Whites poised for The Big Kick Off 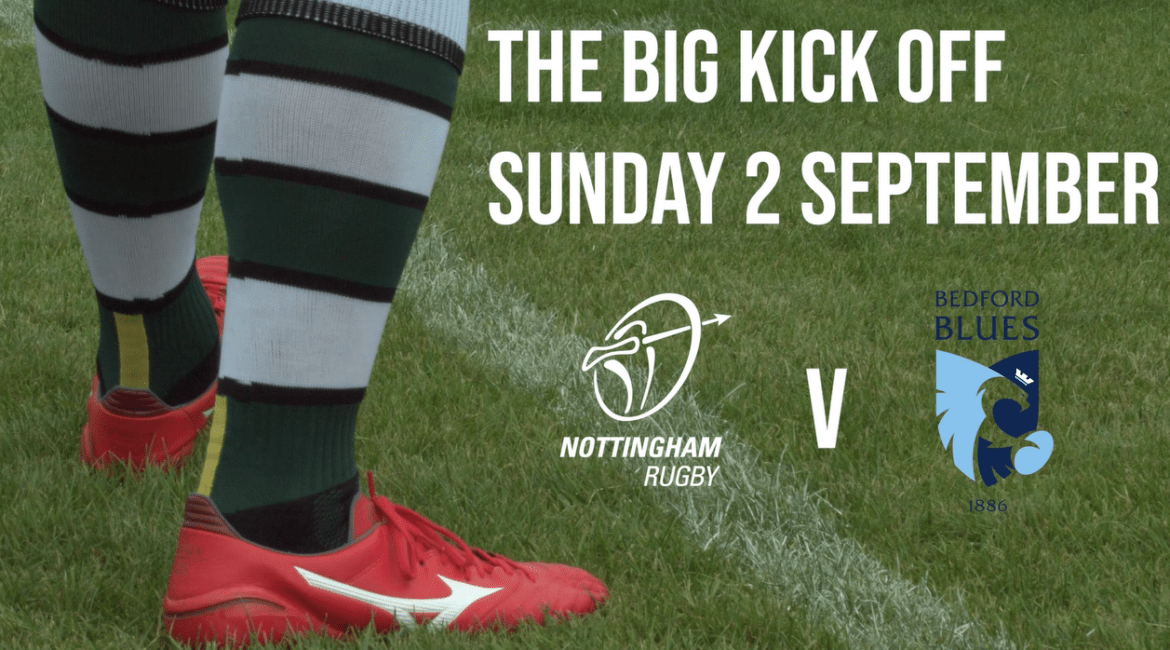 Rugby is back with a bang at The Bay on Sunday when Nottingham take on rivals Bedford Blues to kick off their 2018/19 Greene King IPA Championship campaign.

Head Coach Neil Fowkes has named his side that will face the Blues as the Green and Whites prepare for what is set to be a tough opening fixture.

Starting in the forwards, new signings Mike Daniels, Will Owen and Llewelyn Jones strengthen the Green and White pack that was plagued with injuries last season. Nottingham fans will be happy to see Danny Qualter make his professional return following a spell on the sidelines through injury.

In the backs, scrum half Darryl Veenendaal captains the side while recently announced club captain, Tom Holmes, recovers from a knee injury.

New signing Shane O’Leary starts at fly-half with former Rotherham centre Luke Peters to make their debuts in the Green and White jersey. They are joined by winger Jack Spittle, who has had a fantastic preseason, scoring 4 tries in a tough set of fixtures against Newcastle Falcons, Rotherham Titans and Bristol Bears.

Speaking ahead of the match, Neil Fowkes said: “We’ve enjoyed a really strong preseason and I think we have a lot of positives to build upon on Sunday.

“However, Bedford are a fantastic side who possess a lot of strength and pace across their team, we are aware of their qualities.

“Sunday is the true test of how far we’ve come and no matter what happens, there will be areas we can improve upon.

“The team can’t wait to get out playing again and I’m looking forward to feeling the incredible atmosphere from the Nottingham and Bedford fans at The Bay.”

Advanced tickets for the hotly anticipated first match of the 2018/19 Greene King IPA Championship can be purchased here.

For more information on the Green and Whites, please head to nottinghamrugby.co.uk.