Green and Whites qualify after away win in Cup 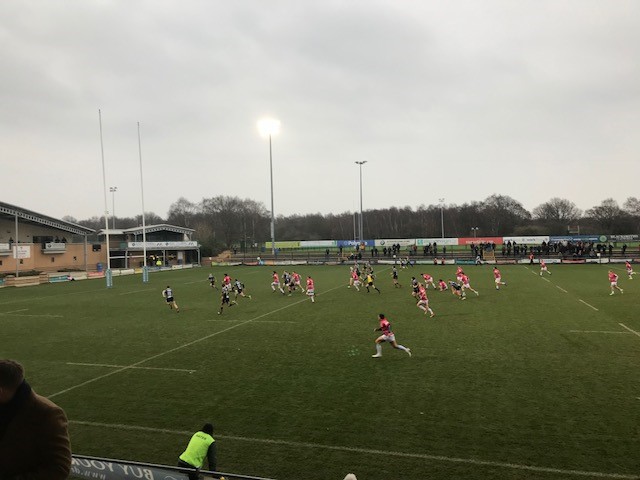 Nottingham Rugby’s Championship Cup run will continue after they beat Doncaster Knights 14-19 at Castle Park in the final round of the Pool stage on Saturday afternoon. 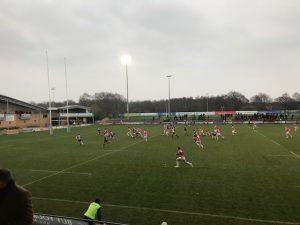 Tries from Murray McConnell, Oisin Heffernan and Alex Goble secured a brilliant away victory for Fowkes side that featured nine players from the club’s NTU contingent.

The Green and Whites started on the front foot with a try from Murray McConnell off the back of a scrum after just two minutes, Gearoid Lyons converted to give the away side a 0-7 lead.

Knights fought back to win a penalty try following a scrum but the first half belonged to Nottingham, who capitalised on two yellow cards for the hosts on the half-hour mark with a try from Oisin Heffernan.

Leading 7-12, the Green and Whites added to their tally with another try on the stroke of half time. Nottingham Trent University student Alex Goble was the scorer and Gearoid Lyons converted to solidify the away side’s position.

Doncaster Knights started the second half hungry for victory and their intensity tested the Green and Whites’ defence. Forwards and Defence Coach Andi Kyriacou will be pleased with how his team managed the threat of the Yorkshire side throughout the half.

However, on the 63rd minute Knights made their pressure count when Joe Sproston rounded off a number of pick and goes to power over the line. Foley converted to set up a frantic finale with both side’s cup hopes in the balance.

The home side continued to dominate while Nottingham defended resolutely. Doncaster looked to have broken through in the closing stages but the Green and Whites held the ball up to keep the score at 14-19.

Nottingham held on to their lead to secure a place in the next round of the Championship Cup. With both teams ending on 12 points, Nottingham progressed due to the fact they had scored more tries than their rivals.