Green and Whites roll over Rotherham 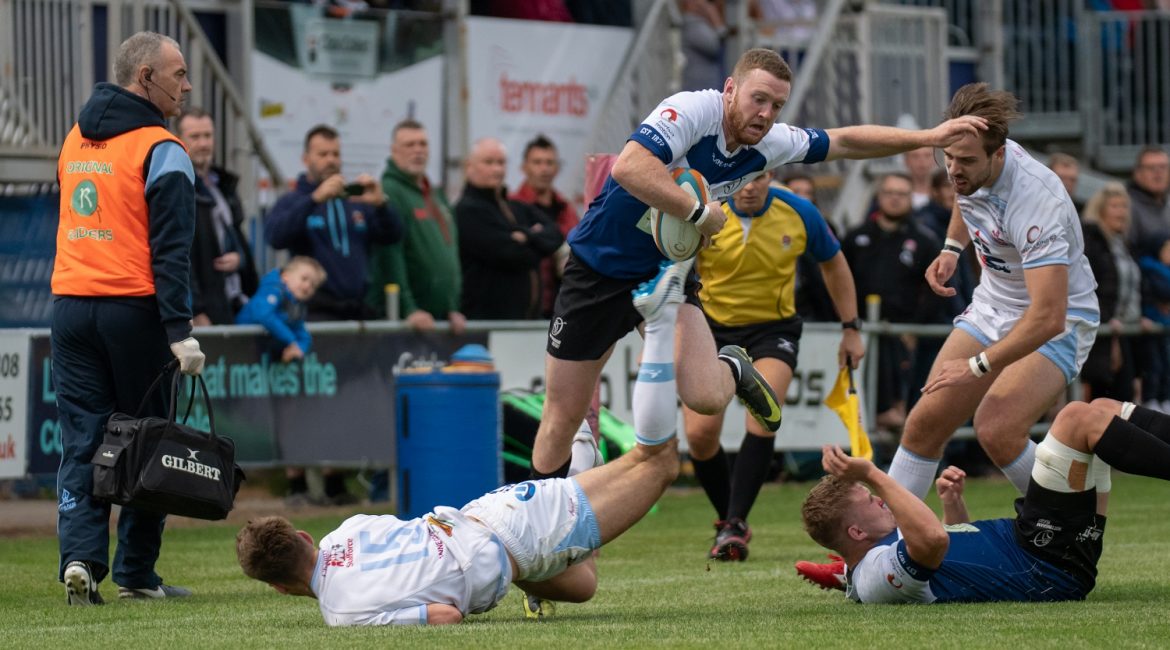 Nottingham Rugby cruised to victory against Rotherham Titans on Friday night, winning 53-0 under the lights at The Bay.

The preseason friendly was the only chance for fans to see Fowkes’ men in action at home ahead of Sunday 2 September’s season opener against Bedford Blues, and the team did not disappoint.

Jack Spittle’s man of the match performance was a fantastic example of the Green and Whites’ electric attacking display, while the defence’s physicality and organisation left no room for Rotherham to manoeuvre.

In the early stages, Rotherham were in the ascendency, deep in the Green and Whites’ half, but it was clear that new Forwards and Defence Coach Andi Kyriacou’s tactics and influence aided in the resolute defence the team showed.

After 10 minutes of pressure, the Green and Whites began to see more of the ball and following a quick attacking move, new signing and former Rotherham player Luke Cole opened the scoring with a try.

From that point on it was all Nottingham, and a try from Darryl Veenendaal in the 16th minute signified what was to come.

Leading 14-0 thanks to accurate kicking from new signing and Canadian international Shane O’Leary, Nottingham continued to apply the pressure on Rotherham.

Minutes later, man of the match Jack Spittle scored his first try of the evening after a quick Nottingham attack and, after a period of safe possession for the Green and Whites, Josh Poullet bulldozed his way through the Rotherham defence to score a fantastic try.

On the stroke of half time Jack Spittle produced a contender for try of the season. Deftly chipping the ball over the Rotherham defence, he showed his lightning quick pace to catch the ball and score in the corner.

Half-time and the score stood at 31-0 to the hosts.

The second half saw a vast number of changes to the starting line-up but the Green and Whites continued where they had left off and nine minutes in the second half their efforts were rewarded once more.

Murray McConnell touched the ball down over the line following a strong scrum from the home side, and the Green and Whites didn’t stop there.

After a period of sustained attacking play, Nottingham’s physicality proved to be too much for the Rotherham defence and new signing Mike Daniels touched the ball down off the back of a driving maul.

Heading into the final 10 minutes, Nottingham continued to set the pace and two quick fire tries from Sean Scanlon and Harry Graham sealed the 53-point victory.

Speaking after the match, Head Coach Neil Fowkes said: “While the result is fantastic, today has been about getting the lads match ready for our first league game of the season.

“It was an incredibly physical game tonight and I think Rotherham provided a very tough test for the lads out there.

“Preseason games are great but what happens on Sunday 2 September here at The Bay will be the true test of how far we have come.”

The Green and Whites head to Bristol on this Friday, kicking off at 3pm at the Bears’ Clifton Lane training facility.