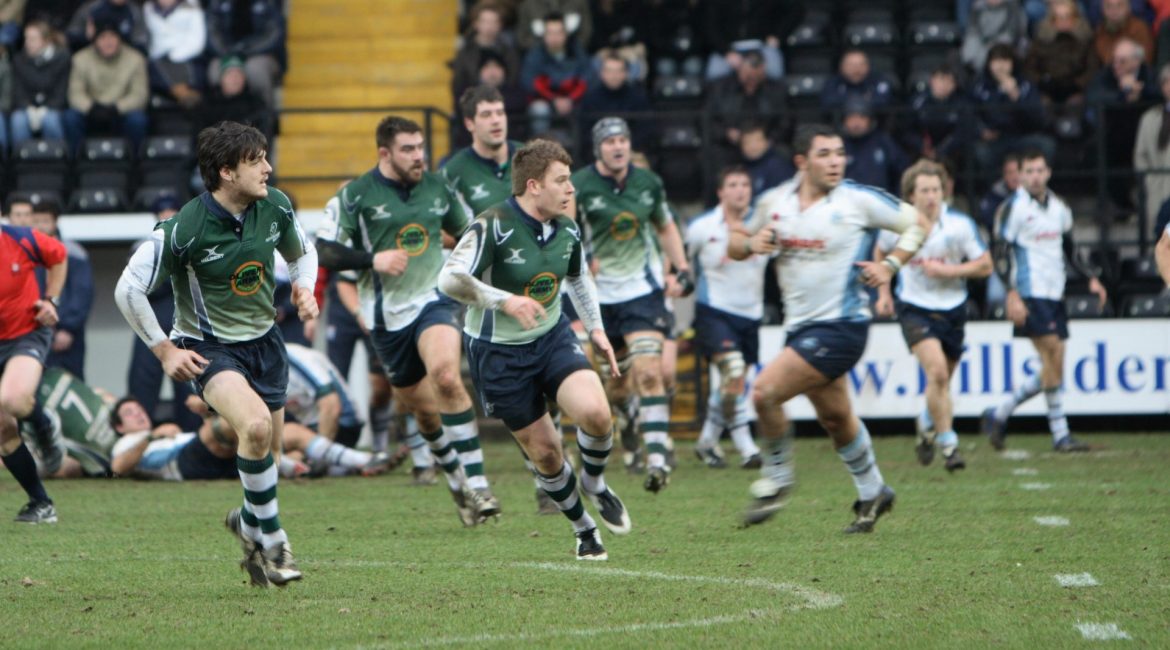 Former Nottingham Rugby player Ben Thompson has given us an insight to how he balanced work life with playing rugby whilst with the Green and Whites.

Ben started his Rugby career at Exeter Chiefs back in 2001 where he studied at University as well as playing professional rugby. He then made the move to Nottingham’s Ireland Avenue in 2004, knowing that he wanted to work alongside his Rugby career.

“In 2004 I had just finished a masters degree in Exeter,” said Thompson. “I was looking at what was next for me. I was 24 and finished university and knew full-time rugby wasn’t what I wanted to do but I still wanted to play Championship rugby. I knew at some point I was going to have to get a job. I looked at clubs in the Championship where there would be job opportunities and Nottingham really fitted that mould.”

Ben joined the club back in 2004, and had a successful five years with the Green and Whites, making 135 appearances.

He said: “I came up to Ireland Avenue and what I saw was a proper rugby club with opportunities, I fell in love with it. Looing back at it now there was something in me where I was always going to go to Nottingham.”

Two years in to his Nottingham career, Ben took on the Operations Manager role at Nottingham Rugby when the club moved to Meadow Lane. He then moved to a Media & Communications role within the club whilst still playing professional rugby.

“That balance of being in the back office and playing was perfect,” said Ben. “It helped me progress to what I do now. I had gone from Exeter as a full-time player then you transition to working, I don’t think anyone would argue that it took me a while to get used to it. Mentally it was good for me because there was a lot of different challenges, and I learnt a lot from working in different places.

“Playing in the Championship is a privileged position so if you can mix that and have a good career it’s a great opportunity.”

Ben still lives in Nottingham, despite not playing or working for the club since 2009, and he calls Nottingham ‘home’, describing the city as ‘everything you need’.

He said: “I absolutely love Nottingham. It’s home now for me. Going back to 2004 I look at it and thought it was a big enough place with plenty going on. There are good venues, nightlife, restaurants, everything that you need without getting lost in it. You’ve got an international test cricket venue, what should be a Premier League football club, Ice Arena, Holme Pierrepont. I love Nottingham and can’t see myself living anywhere else.”