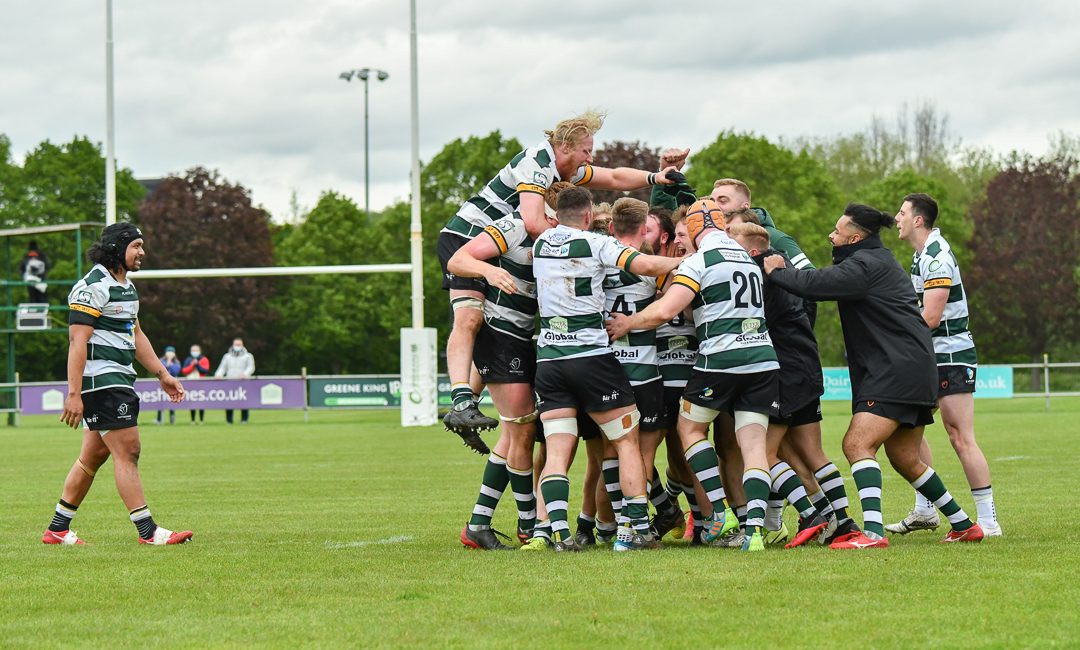 Nottingham Rugby played their penultimate game of the season in front of 700 supporters at The Bay. The Green and Whites came in to the game off the back of their first win of the season against Richmond.

The game began with Green and White domination, having possession for a long period of time, and managing to play a good attacking game despite the pressing and tough defence of the Blues.

But with order and discipline, they got the first try on 18 minutes through Jake Farnworth after a good lineout + maul. The conversion was successful from Alex Dolly. The second part of the first half was played entirely in the Blues field, where due to multiple penalties and numerous scrums, 20 minutes were played in the Blues’ 22, but we could not come out with points. The result at half time was 7-0 to the Green and Whites.

The second half was completely different, as both teams began to play their open game doing more damage to the opposing team than in the first half. In the 48th minute, Bedford Blues’ second row Jordan Onojaife, arrived to the try line after a good forwards action to tie the game 7-7.

But the Nottingham squad continued with their game and took the lead again in minute 50, with a Willie Ryan try.

After several changes on the score with tries from Farnworth for Nottingham, and Josh Gillepsie and Jack Hughes for Bedford Blues, we arrived at minute 78’ with a score of 19-17 to Nottingham.

With one minute to go, Blues fly-half Will Maisey converted a penalty kick, that put them ahead on the scoreboard. But in the last minute, after a great action from forwards that caused a penalty, Alex Dolly scored the penalty, and stole the victory for Nottingham, 22-20.