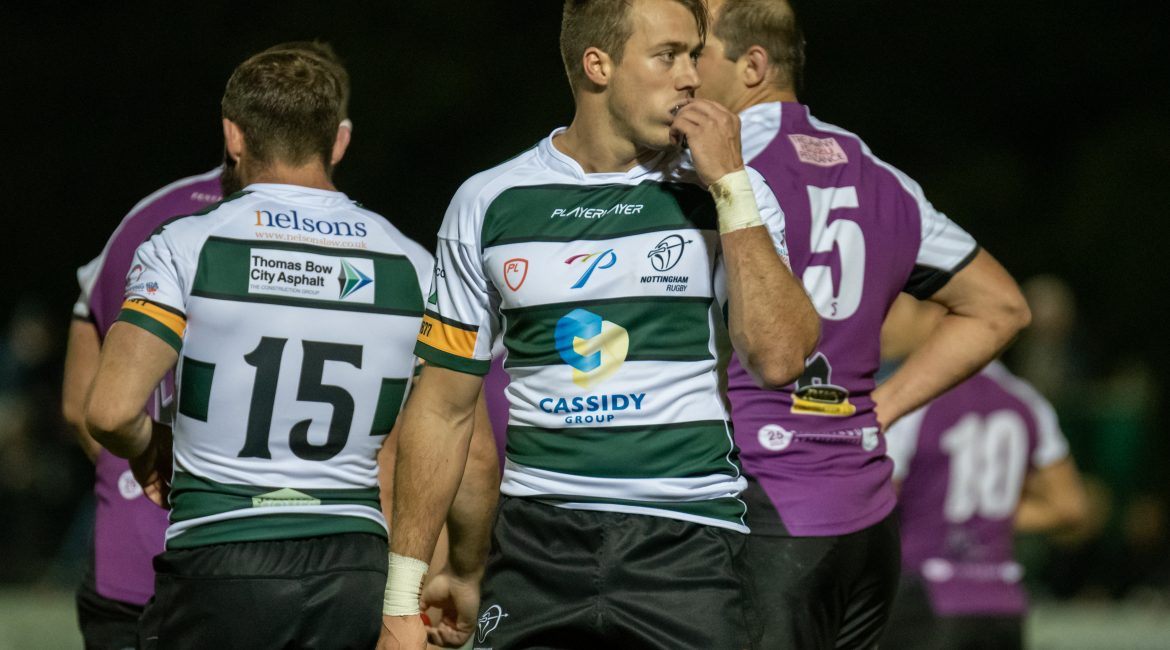 Neil Fowkes has named his Nottingham side that will face London Scottish in the first Greene King IPA Championship match at The Bay this season.

There are two changes to the side that beat Ampthill, with Danny Qualter and Seb Cecil coming in to replace Llewelyn Jones and Josh Poullet respectively.

On the squad selection, Fowkes said: “It was a decent performance away at Ampthill so the team remains largely unchanged. Unfortunately, Josh Poullet picked up a knock on his shoulder so that leads to a re-shuffle in the back row with Seb Cecil coming in and James Connolly flipping to number eight where he played 74 minutes of the game against Ampthill.

“We’ve rotated the second row. Danny Qualter missed out last week and Llewelyn Jones has played really well in the first four games and has a lot of game time under his belt so we felt like the best thing there was to rotate those two and bring Danny back in with Llewelyn on the bench who will bring some real impetus.

“We’ll inject Sam Lewis off the bench again who had a good game last week so it will be good to bring those two on and hopefully continue the physical nature of it.”