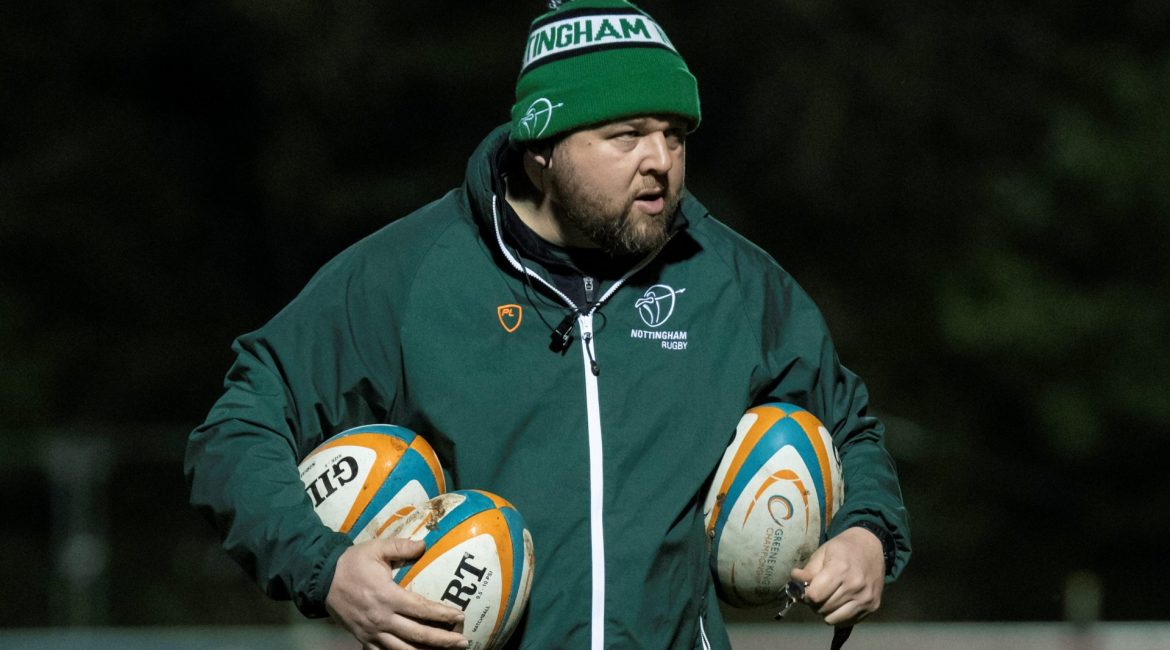 NOTTINGHAM Rugby can confirm that Head Coach Neil Fowkes will depart the club at the end of the season.

Having devoted his entire playing and coaching career to Nottingham Rugby, Fowkes has been part of the team for over 30 years. Neil was also instrumental in the establishment of the Nottingham Trent University (NTU) Rugby programme which was originally delivered by the club and has seen over 50 players represent the Green and Whites.

Moving through the club’s junior ranks at Ireland Avenue, Fowkes went on to make 210 first team appearances for the club at loose head prop across 12 years between 1999 and 2011. He was also part of the Green and Whites squad which achieved promotion to National Division One, now the Championship, during the 2003/04 season.

On retiring from playing, Fowkes moved straight into a coaching role with Nottingham, working alongside both Glenn Delaney and Martin Haag. Fowkes took over the Head Coach role at the end of the 2017-18 campaign, succeeding Ian Costello who moved to a senior coaching role in the Gallagher Premiership.

The 40-year-old has been Head Coach of Nottingham for 52 games in total since 2018 (league and cup) with a win percentage of 45%. He memorably guided the Green and Whites to the Championship Cup semi-final during the 2019-20 season, which was ultimately cut short due to the Covid-19 pandemic.

Neil Fowkes said: “Leaving the club is a massive decision for me and my family and one that I haven’t taken lightly. However hard the decision has been I feel that the time is right for a new challenge. I know the club is in great hands and will continue to evolve as it moves forward.

“The opportunity to be head coach of your boyhood club doesn’t happen to many people and I am immensely proud to have been given the responsibility of leading the club over the last three years and to be a small part of its history.

“Looking back, I can honestly say that I have enjoyed every one of my 22 years involved in the senior club, from playing through to coaching. As at any club there have been some ups and downs along the way, going from minutes away from relegation out of the National Leagues in the 2002/2003 season, to promotion the year after is just one of these. I am sure everyone involved during that promotion season will tell you it was one of the most memorable 12 months of their lives!

“There are so many people that have supported me as a player and a coach along the way at the club and to all of them thank you for your time, loyalty, dedication and especially the memories, the club wouldn’t be what it is without the people!  I look forward to supporting the club with you all once we can all get back to the Bay!

“My focus is now firmly on the remaining seven games of this season and finishing on a high!”

Nottingham Chairman Alistair Bow said: “We of course wish Neil well in the future first and foremost. At Nottingham we always try to develop the coaches and give them the support they need to better themselves. It’s obviously disappointing that Neil is leaving us but everybody at Nottingham Rugby wishes him all the best in his coaching career. Like our previous coaches that have left us, we never lose contact with them and they always support us somewhere down the line and long may that continue with Neil.”

Nottingham Chief Operating Officer Steve Smith said: “Neil Fowkes has been an integral part of the club during my time here and been an exceptional colleague and friend, so it’s incredibly sad to see him leave after all this time. Having said that, Neil has worked incredibly hard to develop as a coach and leader over his time with the club and he feels the time is right to move on to a new challenge.  Everybody at Nottingham Rugby would like to wish Neil all the best in his future career, and we know he is going to be a huge success.”

Nottingham Rugby will announce plans for Neil’s replacement in due course.