NEIL HANNAH PLAYER OF THE SEASON 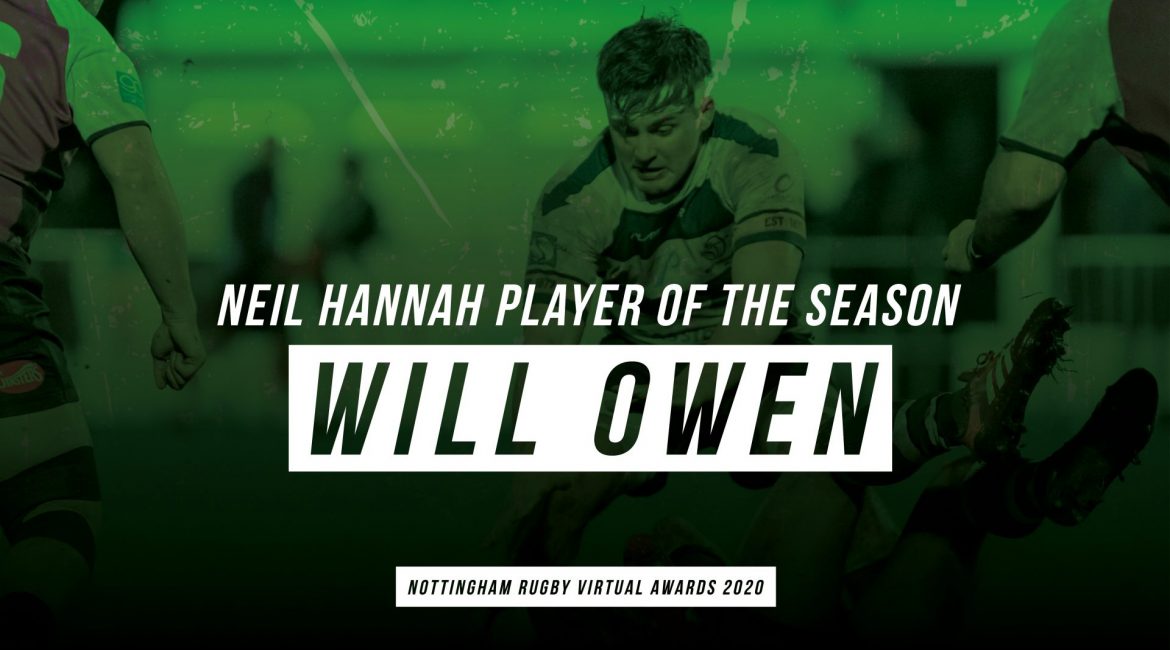 WILL Owen has been crowned the winner of this season’s Neil Hannah Player of The Season, which is picked by the coaches.

Owen was up against David Williams and Llewelyn Jones who made up the three nominations.

The flanker made 17 appearances for the Green and Whites during the last campaign, and really made an impact on Nottingham’s 6th placed finish.

This was Will’s second award on the night after picking up Players’ Player of The Season.

He said: “Again, it’s been a great season with the boys and the coaches, but a special thanks to the coaches for who have made it an amazing season.”