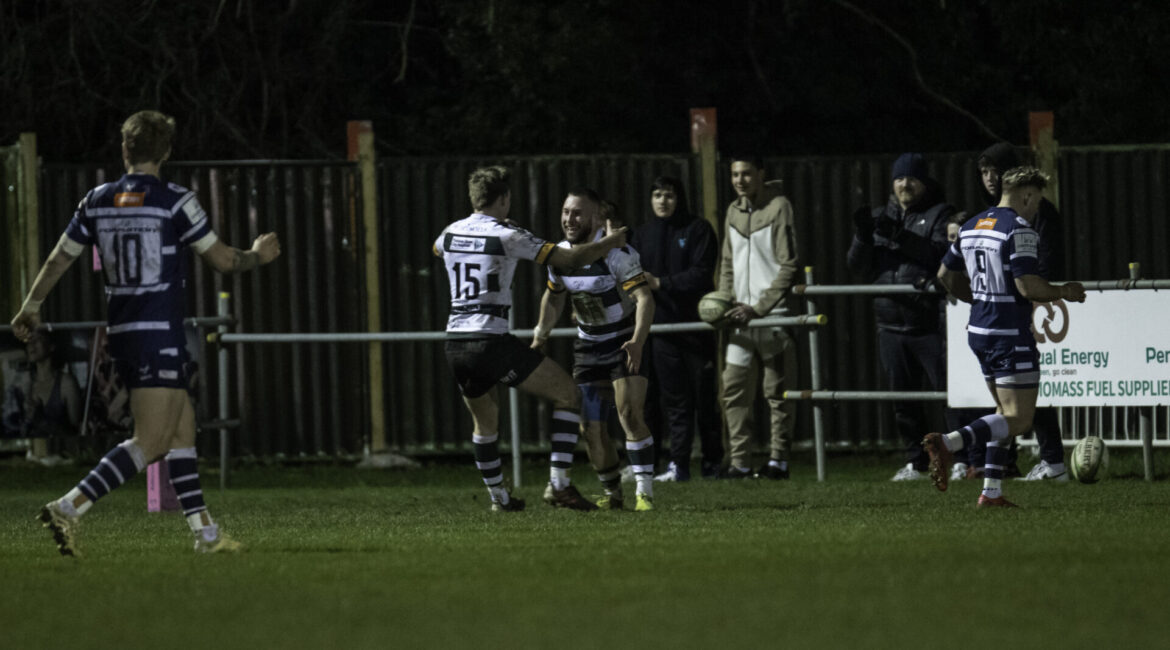 An incredibly entertaining performance at The Bay on Friday night saw Nottingham get the better of Coventry to achieve their first victory of the year.

Nottingham got out of the blocks quickly with breaking away twice through Nathan Tweedy and Harry Graham, but they were unable to convert either into real try-scoring chances. It was Coventry though, who took the lead first, kicking a penalty to the corner to set up Josh Bainbridge to get over the line.

It wasn’t long before Nottingham picked up their first try of the game, though. Just five minutes after Coventry opened the scoring, David Williams beat the defence to his own kick up the sideline and dove over the try line. Morgan Bunting was unable to kick the tricky conversion right on the sideline, so Nottingham remained 2 points down.

After the two sides exchanged penalty kicks, Nottingham’s an impressive effort from a long way out, the Archers finally took the lead. At the half hour mark, Harry Graham sped past the Coventry defence and with just one man to beat, made a simple pass to Jack Stapley who had an easy job to place the ball down under the posts.

Nottingham had a chance to score another soon after, but after moving the ball well in front of the Coventry try line, they mishandled it and knocked it on. It wasn’t danger averted yet though for the away team, as Nottingham won a penalty and decided to kick for the corner. It was Williams once again who finished off a well worked attack in the corner to make the difference 10 heading into the break.

The half-time team talk seemed to have worked wonders for Coventry, as they came back out on fire, winning a penalty in the opening minutes of the second period and kicking it to the corner. After trying to drive a maul over the line, the captain Ryan Burrows was able to take it over the line.

After a tense few minutes where Coventry were only five points down and definitely on the front foot, Nottingham broke through the defence to score their fourth try. There were a number of green and white shirts who could have finished it, but it was Michael Stronge who dove over the line for the bonus point try.

The Nottingham faithful almost had a fifth try to celebrate when Stapley burst away from the Coventry defence and had no defenders in front of him, but he was caught and tackled on the five yard line. Nottingham were unable to make anything from the following attack and Coventry were able to escape.

A very tight final twenty minutes had the fans on the edge of their seat, but Nottingham were able to hold on to their 12-point lead for their first win since they triumphed over London Scottish at The Bay in November.