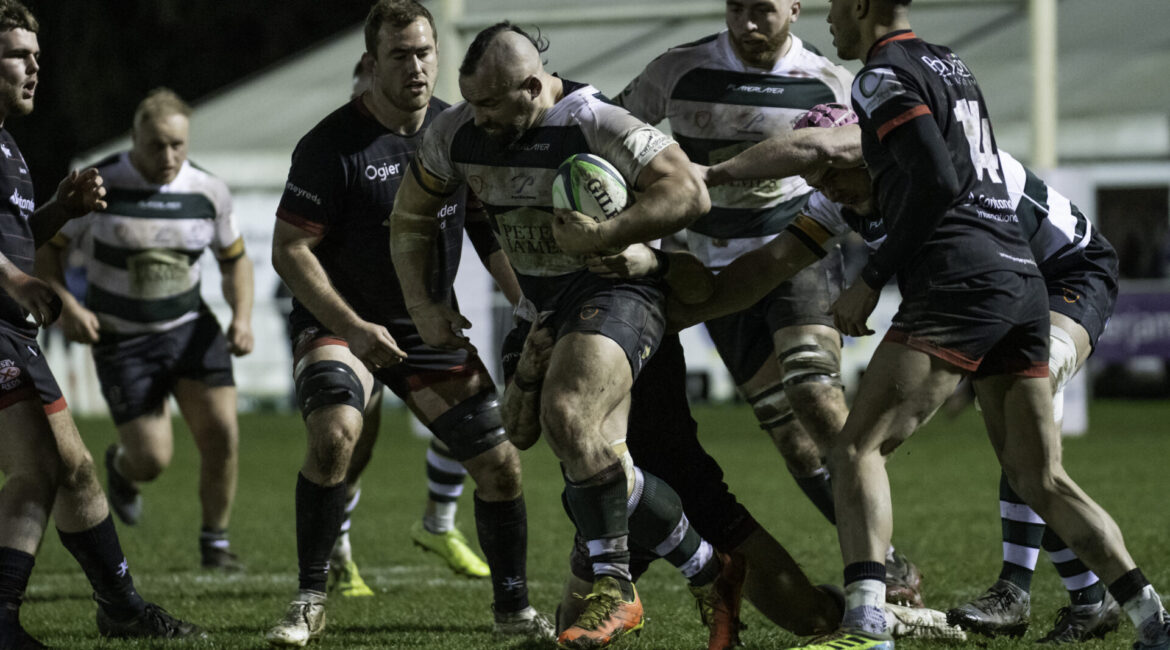 Despite another unfortunate loss, Nottingham can feel good about themselves after running a very good Jersey Reds team remarkably close at the Bay.

Jersey started the game on the front foot and scored the game’s first try with less than a minute on the clock when Taiye Olowofela beat the Nottingham defence to a cross field kick in the corner. Steven Longwell then added to the visitors lead soon after, overcoming some tough defending from Nottingham to push over the line

After the slow start, Nottingham quickly got up and running and scored a try of their own. A great attacking series was finished by Callum Allen who pushed over the line for his first try of the club.

With still less than 15 minutes on the clock, Jersey weren’t content to sit on their five point lead. They kept attacking and soon won a penalty in a good position. They decided to kick for the corner and the following lineout was finished by Harry Doolan, putting the Reds 10 points up.

Once again though, Nottingham responded well. Harry Graham used his blazing pace to burn past the Jersey defence down the wing. A last-ditch tap tackle knocked him down and seemed to prevent the try, but the tricky winger quickly managed to get back to his feet and scamper over the line.

Graham almost got what would have been the equalising try only a couple of minutes later. Once again, running down that left hand side, this time he chose to kick the ball and chase after it, but wasn’t quite able to reach it before it hit the dead ball line.

After that near miss, the Archers let their guard down and allowed Jersey to increase their lead once again. Will Brown beat Jack Stapley to the ball after another cross-field kick and dived over the line.

It looked as if the Reds were going to add yet another try right before the half after they kicked to the corner from a penalty. Nottingham defence, however, stood strong and they were eventually awarded a penalty after Jersey held on in the ruck.

After the break, Jersey came out on fire. Doolan instantly got his side’s bonus point try after the Reds kicked to the corner from a penalty once again and utilised a driving maul to get over the line.

However, the game was far from over. It wasn’t long before Nottingham’s highest Championship try-scorer, David Williams got on the end of a nice attacking move from a scrum to score and made the difference just 10.

After Brown chased down another cross-field kick to score Jersey’s sixth try of the evening, Nottingham began to take control. After one attacking lineout was knocked on and cleared, the Archers went for the corner from a penalty again and finally got their bonus point try through Morgan Bunting.

Soon after, Williams outpaced the Jersey defence and got the ball down under the posts, making for an easy conversion to bring the difference to just three points with less than five minutes to go.

It was a tight finish, with Nottingham looking for that gap in the Jersey defence. However, it was the Reds who broke away to score the final try right at the end. Wes White sealed the win for the visitors.