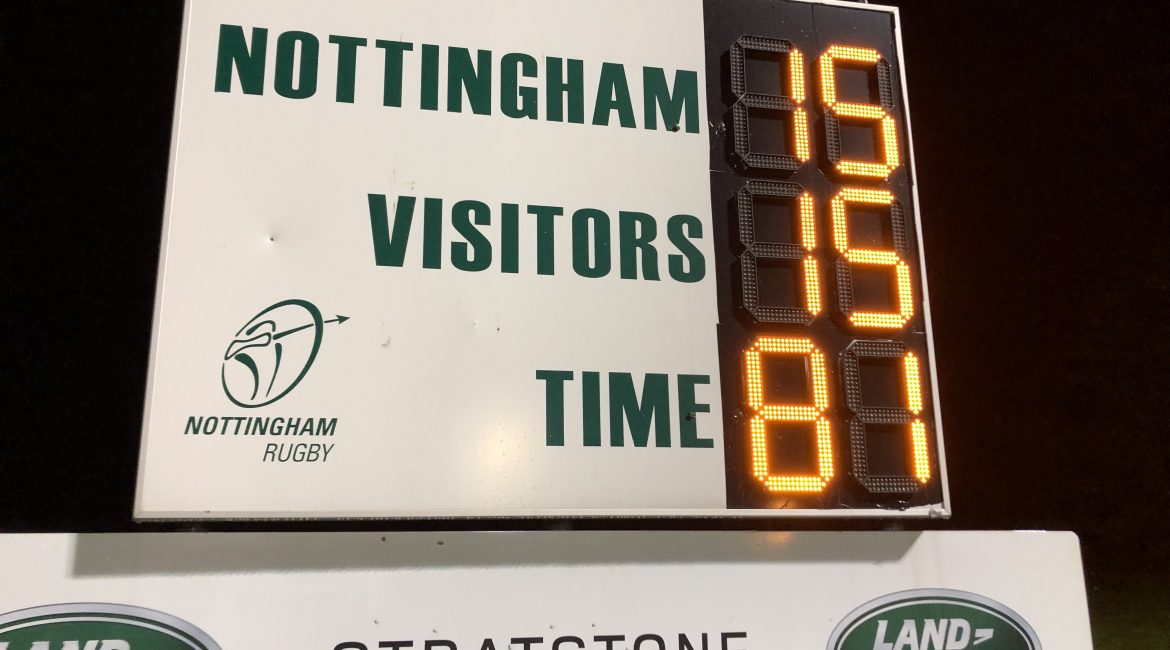 Nottingham Rugby and Coventry fought hard to grind out a draw in tough conditions at The Bay on Sunday afternoon. 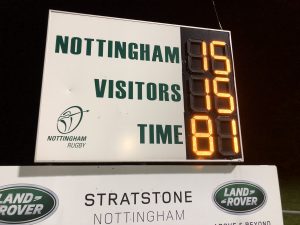 Constant heavy rain set up a war of attrition on a muddy surface and, despite tries from Mike Daniels and Jordan Coghlan, Nottingham could not hold on to win their seventh game in the Greene King IPA Championship.

Coventry shared the majority of the ball in the opening exchanges and Nottingham’s strong defence mostly thwarted the away side’s advances, however, discipline let the Green and Whites down.

Will Maisey, who was on the only player to register points for Coventry, kicked two penalties to give the away side a 0-6 after 13 minutes.

Nottingham began to find their form and fought back from that point. Coventry’s James Stokes was shown a yellow card for a deliberate knock on and Shane O’Leary kicked a penalty of his own to bring the Green and Whites into the game on the 19th minute.

The Green and Whites gathered more momentum and on the 29th minute, Mike Daniels rounded off a cheekily thrown short line out throw with a try. O’Leary’s conversion missed but Nottingham took an 8-6 lead to set up a tight end to the first half.

Coventry had a spell of pressure deep in the Green and Whites’ half, with Neil Fowkes’ men defence being pushed to its limit. However, they held fast to scupper Coventry’s attempts and had a chance of their own in the latter stages of the first half. But the away side showed their resolve to hold back Nottingham’s advances.

The second half began with the same level of intensity as the first, with both sides testing each other’s catching skills by kicking long in the rainy conditions.

But it was Nottingham who struck the first blow. Jordan Coghlan broke through a tackle to score off the back of a scrum. O’Leary converted and Nottingham looked to push on from their 15-6 lead.

Coventry showed their strength to keep the scoreboard ticking over. A series of penalties, Will Maisey’s boot and a yellow card for Shane Buckley, saw the away side bring the scores to 15-15 with 15 minutes to play.

Both sides had opportunities in the final 15 minutes, with Shane O’Leary’s 50 metre kick just failing to make the distance and Coventry unable to take advantage of their strong position in the final minute the most notable chances.

However, the match ended with a draw that both sides will have felt could have gone their way.

Next up, the Green and Whites host London Irish at The Bay in the New Year. Tickets can be purchased here.

Man of the Match – Shane Buckley