Nottingham back to winning ways at The Bay 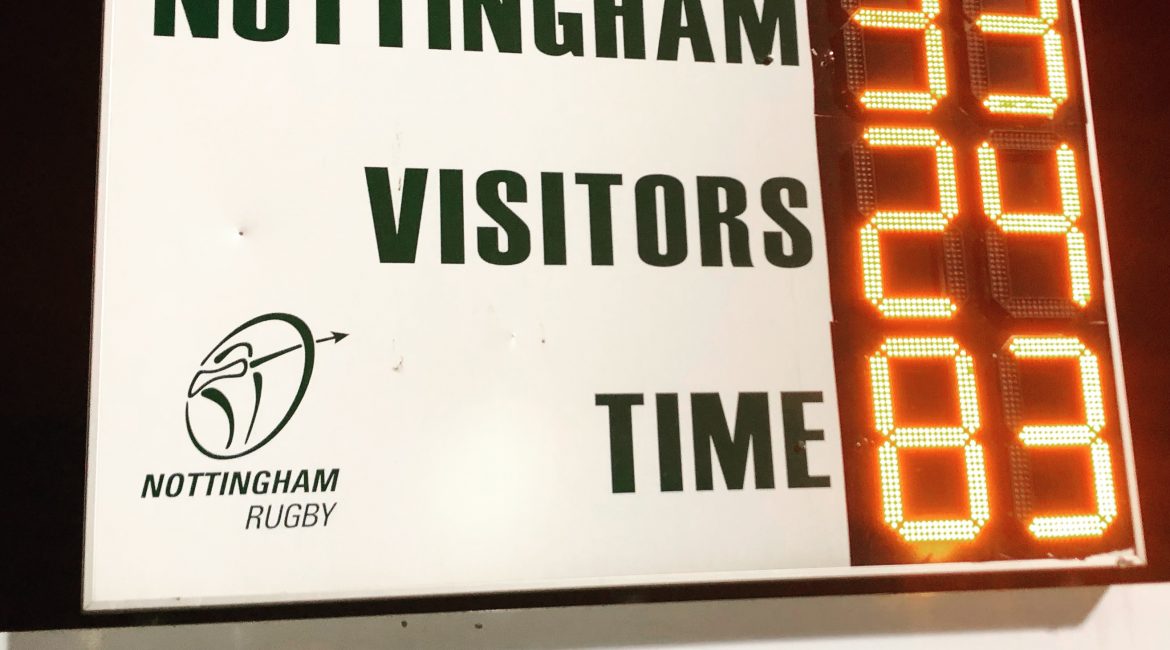 Nottingham Rugby secured their first Championship Cup win of the campaign with a 33-24 bonus point win over Coventry at The Bay on Friday night. 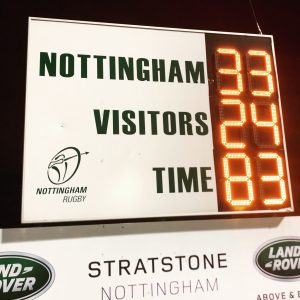 Tries from Will Owen, Joe Cobden, David Williams, Jordan Coghlan and Jake Farnworth ensured the Green and Whites came away with the win to keep their cup hopes alive.

The windy conditions made it a scrappy start at The Bay with several i knock-on’s and skewed kicks making life difficult for both teams, but on 11 minutes it was the Green and Whites who crossed the whitewash.

A great break from Charlie Thacker saw him burst through a challenge before offloading the ball to Will Owen to dive over. Darryl Veenendaal stepped up to take the conversion and slotted it over to give Nottingham a 7-0 lead.

Nottingham had another try minutes later when an audacious chip through from Veenendaal was collected by Joe Cobden on the line who dived over to score. Veenendaal missed the conversion, leaving the score at 12-0.

But the visitors hit back on 27 minutes through William Maisey when he danced through the Nottingham defence to score under the posts. Maisey then converted his own try to make it 12-7.

A stunning individual score from David Williams soon extended the Green and Whites’ lead, however. The NTU man raced through the centre, using his pace to dot down under the post for a converted score to make it 19-7.

Once again Coventry hit back as they scored a converted try from the driving maul in an end-to-end tie at The Bay. A Coventry man bundled their way over the line from close range before Maisey added the extras, bringing them within five points.

The visitors continued to look dangerous from the scrum and were making life difficult for Nottingham on the brink of half-time. That showed when James Penman was sent to the sin bin after another collapsed scrum. But the Green and Whites held on to take a 19-14 lead into the break.

It got even better for Fowkes’ side when they secured the bonus point through Jordan Coghlan moments later. Some stunning rugby through Veenendaal and then Millett put the Green and Whites into a good position before Coghlan finished off the move as he powered his way over for a converted score to make it 26-14.

The action continued as this time Coventry came forward and scored a try of their own. The away side had men over and Daniel Faleafa forced his way over the line to score. Maisey missed the conversion, bringing the score to 26-19.

Coventry scored again minutes later to secure a bonus point of their own, as the Green and Whites switched off. This time it was Thomas Kessell who dived over in the corner, as Maisey failed to add the extras again. 26-24.

With just five minutes left on the clock this time it was Coventry who had a man sent to the sin bin as Will Flinn was shown a yellow card. The Green and Whites then sealed the win as Jake Farnworth dotted down from the driving maul for a converted score to secure a bonus point win.