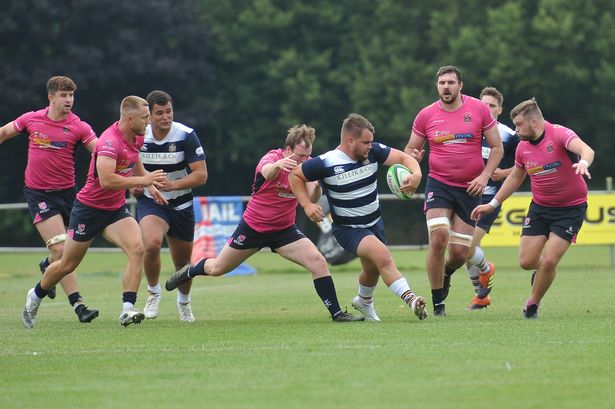 Nottingham Rugby has donated £3,000 to Testicular Cancer charity ‘OddBalls’ following the Tom Miller memorial fixture, held at The Bay during the summer.

A former pupil at Royal Hospital School (RHS) in Suffolk, and student at Nottingham Trent University (NTU), Tom was honoured with a memorial rugby match between NTU and RHS on July 31st after his tragic death aged 24.  Tom was attending university for a Masters in business.

A talented athlete, he played rugby for the Royal Hospital School (RHS) at Holbrook, Nottingham Trent University, Colchester and Worthing. He had also just signed a professional contract with Nottingham Rugby Club.

Through ticket sales, and a donation from Nottingham Rugby, £3,000 was raised on the day of the fixture which has bow been donated to The OddBalls Foundation.

Tom became an Oddballs Foundation ambassador during his time at university and since his death more than £60,000 has been raised for the charity in his name, with a further £20,000 for the Nottingham Queen’s Medical Centre Adult Intensive Care Unit where he was cared for.

The OddBalls Foundation help raise awareness of Testicular Cancer through; Printing and distributing ‘Check Yourself Guides’ and frames throughout the UK, talking at schools/colleges and funding Testicular Cancer & Male Health programs.

Steve Smith, Chief Operating Officer, said: “Tom was a great bloke and the club is extremely proud to have been able to host this game in his memory. The day was an opportunity for his family and friends to get together a celebrate Tom’s life and involvement in rugby in particular and the additional fundraising will help to leave a lasting legacy in Tom’s name.”