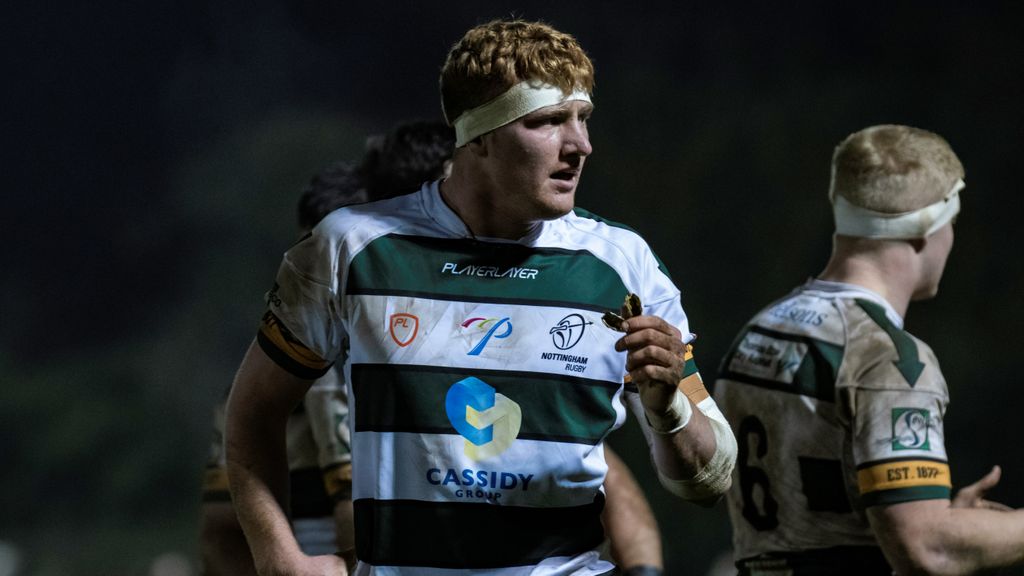 Nottingham lock Ollie Chessum and defence & forwards coach Andi Kyriacou have been called upon by England U20s for their training camp this week.

19-year-old Chessum joined the Green and Whites in the Summer, and has impressed in his debut Championship season. The youngster was released by Premiership side Leicester Tigers after progressing through their academy, who identified his potential talent to Nottingham. He has done incredibly well in the Championship so far this season which has earned the plaudits and caught the eye of the national team.

Andi Kyriacou played for some top-class sides across the UK including, Ulster, Cardiff Blues and Saracens. Upon retirement, Andi joined the Cardiff Blues’ coaching staff, he then went on to be the Head Coach of the Russian national team before a stint at Sale Sharks. He then joined Caldy where he formed one of the strongest defensive units in National League 1.

Kyriacou has progressed through the divisions as a coach, and just like Chessum, has caught the eye of the national side and will now ply his knowledge and expertise in the England camp.

Steve Smith, Chief Operating Officer at Nottingham Rugby, said: “This is a great opportunity for Ollie (Chessum). He’s a young lad who was released by a Premiership academy side and has come in to our programme, developed well and is now being rewarded for his Championship performances.”

“Andi’s knowledge of the scrum is outstanding and England have recognised he can add value to the under 20s camp. It’s great to see not only Championship players are progressing through to the national side, but coaches too.

“One of the clubs’ previous coaches Martin Haag became Head Coach of the England U20’s Team who won the Rugby World Cup, whilst Alex O’Dowd and Ian Costello have recently joined Premiership Clubs coaching teams and Tracey Russell (physio) and Josh Biggs (analyst) have also joined Premiership Clubs, giving a great pathway for coaches and other staff to progress.”

Head Coach Neil Fowkes said: “As much as we want to win games of football, we concentrate heavily on player progression and development at Nottingham. We’ve had many players progress from our first team to the Premiership, and players that have dropped to the Championship to gain first-team experience that have gone on to play for the national team.

“I’m so pleased for Ollie and Andi that they have been rewarded for their hard work in the Championship and I know they will certainly add value to the national team.”