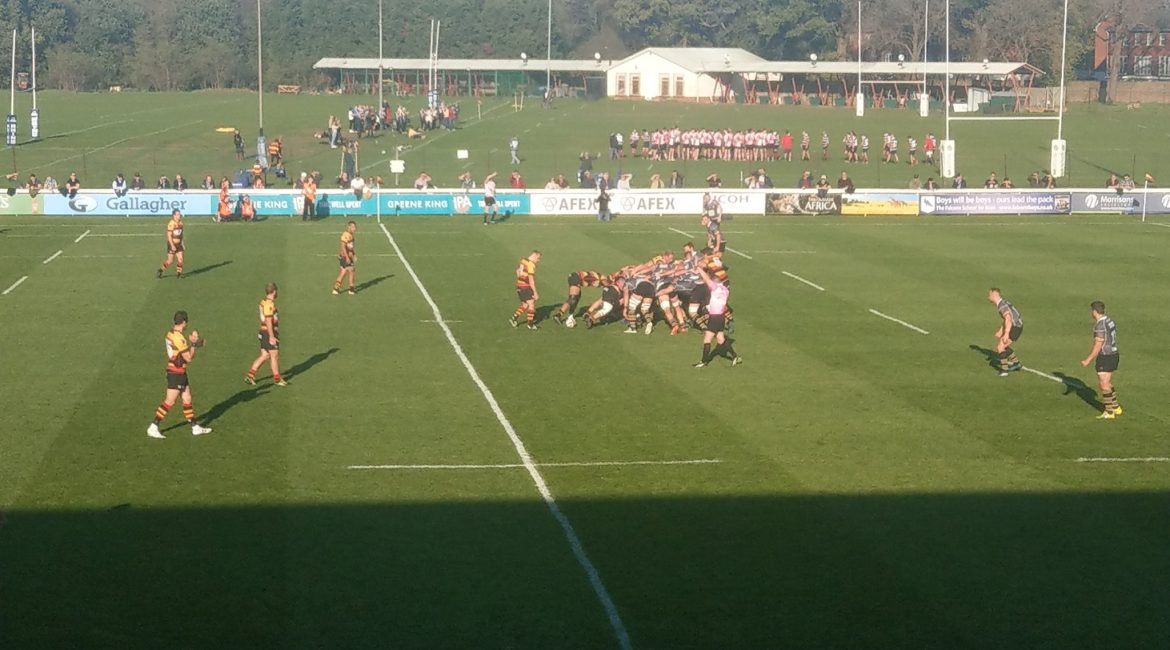 Neil Fowkes’ side showed their class to achieve a bonus point victory away at Richmond on Saturday.

Having beaten Hartpury 26-7 at The Bay the previous weekend, Nottingham were looking to make it two wins from two as they travelled to the capital.

However, the home side were in the ascendency in the opening minutes, scoring a try early on after Nottingham conceded scrum following poor lineout distribution. Jono Woodward was the scorer and Robert Kirby converted to give Richmond a 7-0 lead.

Nottingham fought their way back into the match when Shane O’Leary scored a penalty in the 13th minute.

Despite missing Gearoid Lyons and Jack Spittle through HIAs, the Green and Whites were on the scoreboard again two minutes later, when Jordan Coghlan scored his third try in the three matches after strong running play from Nottingham’s own 22. O’Leary converted to give the away side the lead on the 15th minute.

Richmond replied with another try on 26th minute, scoring off the back of a lineout after a penalty following a scrum in their own half. Robert Kirby’s conversion missed.

The home side solidified their 12-10 lead just before half time when Robert Kirby scored a penalty, ending a tight first half which saw Richmond hold a five-point lead when the sides left the field.

But the Green and Whites came out fighting in the second half. Jack Spittle’s 60-metre mazing run saw him beat three Richmond players to score a try three minutes in to the second half. O’Leary’s conversion was good to give Nottingham a two-point lead.

A series of three penalties saw the lead change three times in fifteen minutes, with Richmond winning 21-20 with just under 20 minutes to go.

Shane O’Leary then scored a drop goal that put Nottingham ahead, spurring on a spell of dominance from the Green and Whites, whose tries from Josh Poullet and Oisin Heffernan in the last ten minutes that sealed a well fought victory.

Next up, the Green and Whites host Championship leaders Ealing Trailfinders at The Bay on Friday 26th October. Tickets can be purchased via this link.