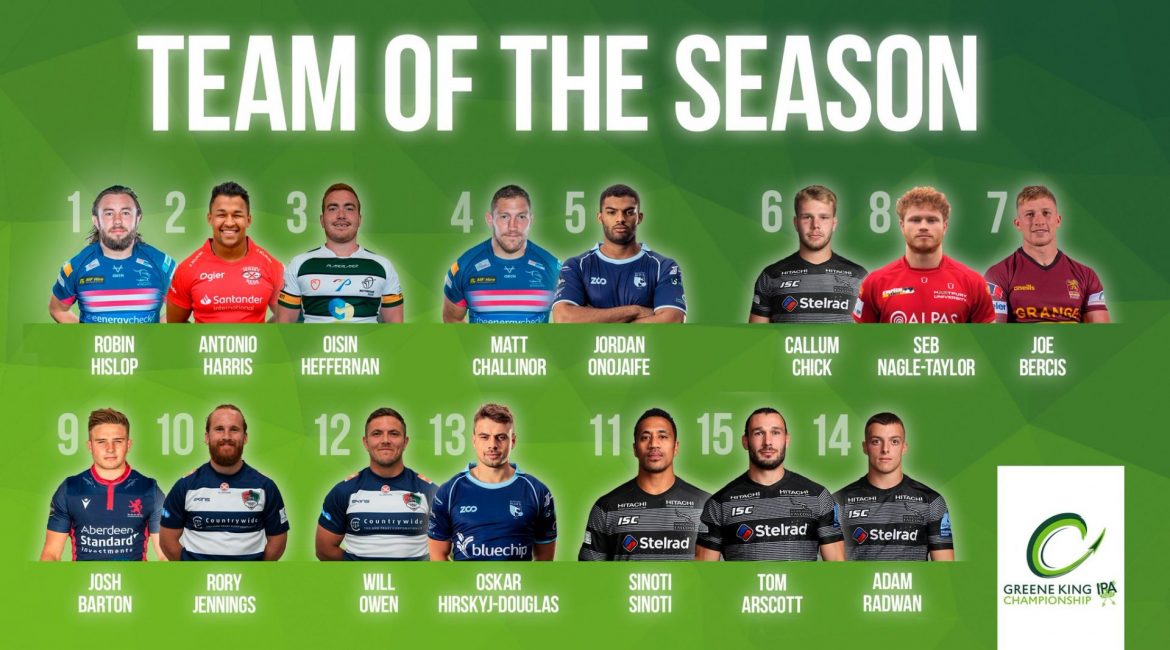 Nottingham tight-head prop Oisin Heffernan has been selected in the Green King IPA Championship team of the season.

Selected on their performances and statistics from the curtailed 2019/20 season, fans were given the opportunity to vote for which player they felt deserved to be named in the XV.

With 34% of the vote, Nottingham’s Oisin Heffernan was named in the side, despite stiff competition from Aleki Lutui, Alec Clarey and Phil Boulton.

FULL BACK – TOM ARSCOTT
Tom Arscott had a stellar season for promoted Newcastle Falcons and pipped Augustin Slowik, Kyle Moyle and Sean Scanlon to the vote.

OUTSIDE CENTRE – OSKAR HIRSKYJ-DOUGLAS
Oskar Hirskyj-Douglas won the vote ahead of Rory Parata, David Johnston and George Wacokecoke based on his performances for Bedford Blues.

INSIDE CENTRE – WILL OWEN
Coventry’s Will Owen was voted as the 12 for the team of the season, pipping Callum Patterson, Harry Sloan and Luke Peters.

LEFT WING – SINOTI SINOTI
Sinoti Sinoti was the third Falcon to be named in the side with his performances earning him the vote ahead of Sam Baker, Reon Joseph and Jack Spittle.

SCRUM HALF – JOSH BARTON
London Scottish had a first inclusion in the team of the season with Josh Barton named in the XV, winning the vote ahead of Tom Kessell, Craig Hampson and Will Homer.

NUMBER 8 – SEB NAGLE-TAYLOR
At the base of the scrum, Seb Nagle-Taylor of Hartpury RFC was voted as the standout number 8 of the season, pipping Nemani Nagusa, Ryan Smid and Ryan Burrows.

BLINDSIDE FLANKER – CALLUM CHICK
On the opposite side, former England U20 flanker Callum Chick was named at six ahead of Dan Temm, Kieran Murphy and Matt Eliet.

LOCK – MATT CHALLINOR
He was joined in the row by Doncaster’s Matt Challinor who was voted in ahead of Brett Beukeboom, Llewelyn Jones and Greg Peterson.

TIGHTHEAD PROP – OISIN HEFFERNAN
With 34% of the vote, Nottingham Rugby’s Oisin Heffernan was named in the side, despite stiff competition from Aleki Lutui, Alec Clarey and Phil Boulton.

HOOKER – ANTONIO HARRIS
Jersey Reds had the inclusion of Antonio Harris in the XV, winning the vote in front of Alun Walker, George McGuigan and Dave Ward.