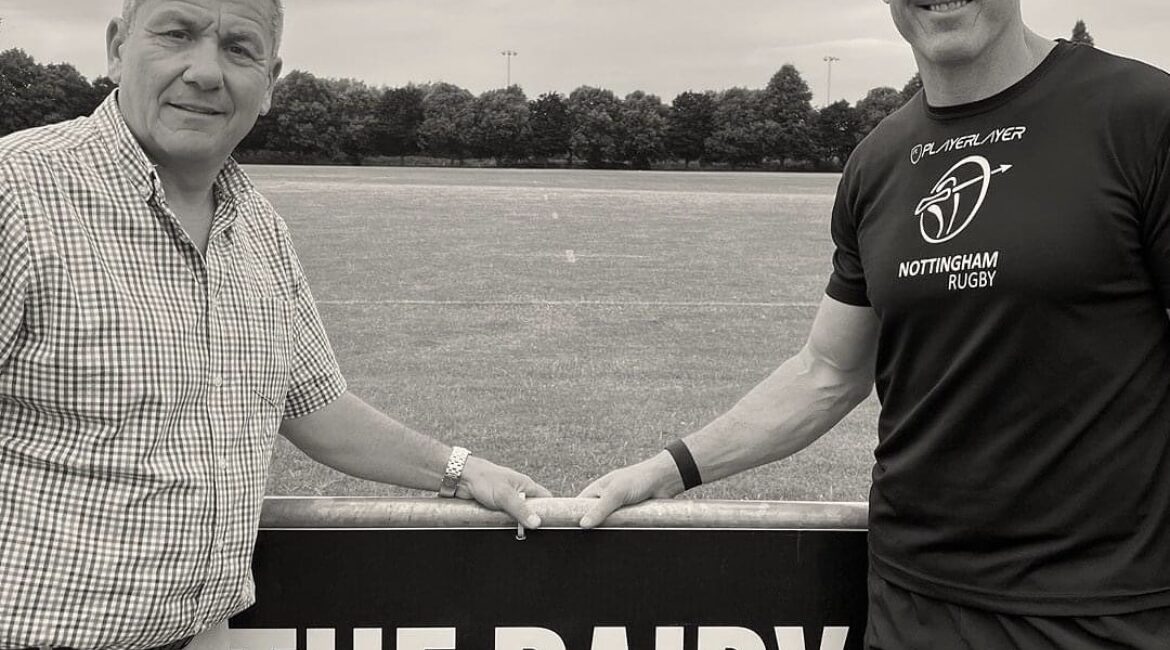 We are delighted to announce that Nottingham businessman and owner of The Dairy Creative Agency Nigel Rowlson, has been officially unveiled as a new Vice President of Nottingham Rugby Club.

The club holds several Vice President positions with the role requiring each person to welcome and host representatives from visiting teams on matchdays, as well as representing the club in an official capacity at away fixtures as well as within the local community.

Nigel is a lifelong supporter of Nottingham Rugby Club and played within its youth system in the late 1970s and early 1980s. His attention then turned to his career in marketing in 1980 as he worked for agencies in London, Leicester and Nottingham – but carried on playing for local clubs until 2002 when he realised a long awaited ambition of having his own agency and setting up The Dairy.

The Dairy is situated in West Bridgford and prides itself on being a full-service creative agency that specialises in telling authentic brand stories. The agency is celebrating its 20th year in 2022 and has notable names such as Bravissimo, Gala Bingo and The National Trust in its brand archives.

Nigel’s love for his boyhood club would come full circle in 2006 when he became involved with the Archers once again – this time agreeing for The Dairy to provide pro bono marketing advice and support on an ongoing basis – a relationship which has held true ever since.

In recognition of Nigel’s service to the club over the past 40 years, he has now been named as a Vice President – something Paul Taylor, General Manager at the club, sees as a real asset to the Archers.

“We’re delighted to be continuing our work with The Dairy. We couldn’t ask for a better organisation to be supporting us and everything they do adds real value to the club,”

He continues, “To have Nigel as a Vice President will only strengthen this relationship even further. His passion for the club is clear to everybody and he will be a fantastic addition to Nottingham Rugby. We have exciting times ahead and I have no doubt Nigel will play a big part in it.”

Nigel is equally pleased with the news and can’t wait to help shape the future direction of the club both on and off the pitch.