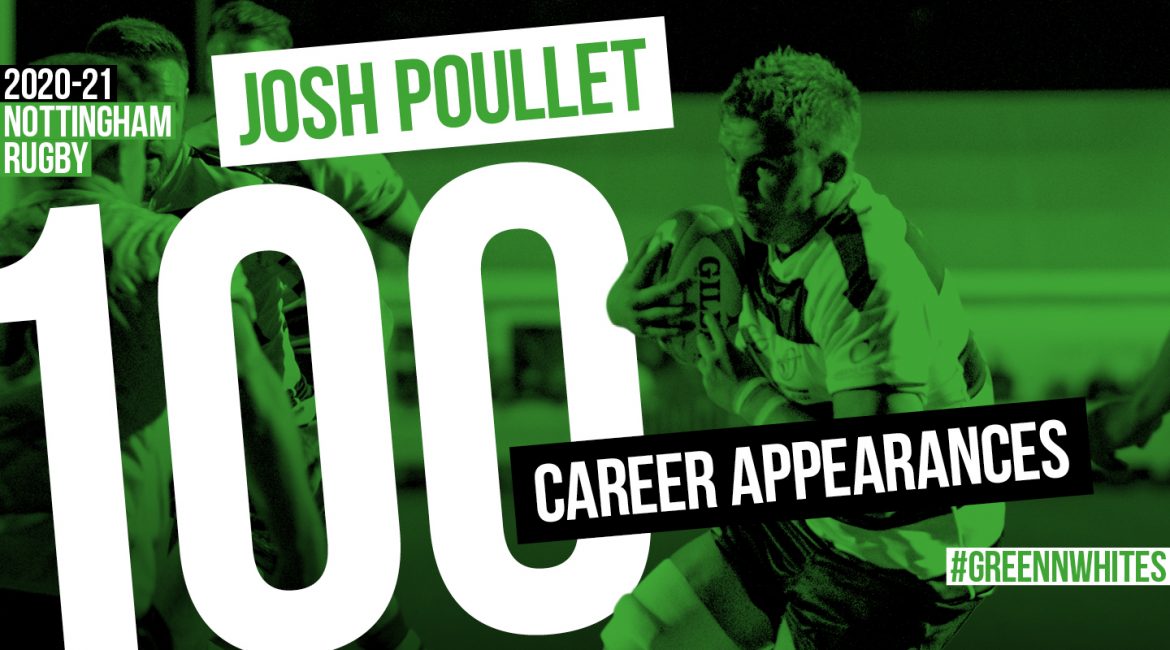 JOSH Poullet is in line to make his 100th appearance for the Green and Whites on Saturday vs Richmond.

The 27-year-old has been named in Nottingham’s XV to travel to Richmond tomorrow afternoon, 3pm KO.

Poullet, who is the Head Coach of Nottingham Corsairs, was one of the first players to progress through the Nottingham Trent University programme, starting his playing career at Paviors Rugby Club in Nottinghamshire.

He also works closely with Corsairs’ mini-junior section to support the rugby development from two years to adults.

Josh has scored six tries in his 99 games for the Green and Whites so far, racking up 30 points for Fowkes’ men.

Head Coach Neil Fowkes said: “Josh (Poullet) has been involved with the club for a long time. He was in the academy whilst he was a Paviors rugby then he came in to the first team when he was more involved with Nottingham Trent University.

“It’s fantastic for Josh to be making 100 appearances. 100 appearances at any level is a brilliant achievement and he’s the sort of guy that will be pushing this club forward over the next few years.

“I’m really pleased for him – joining the 100 club up on the wall in the boys’ social space, it’s a special day when that goes up.”