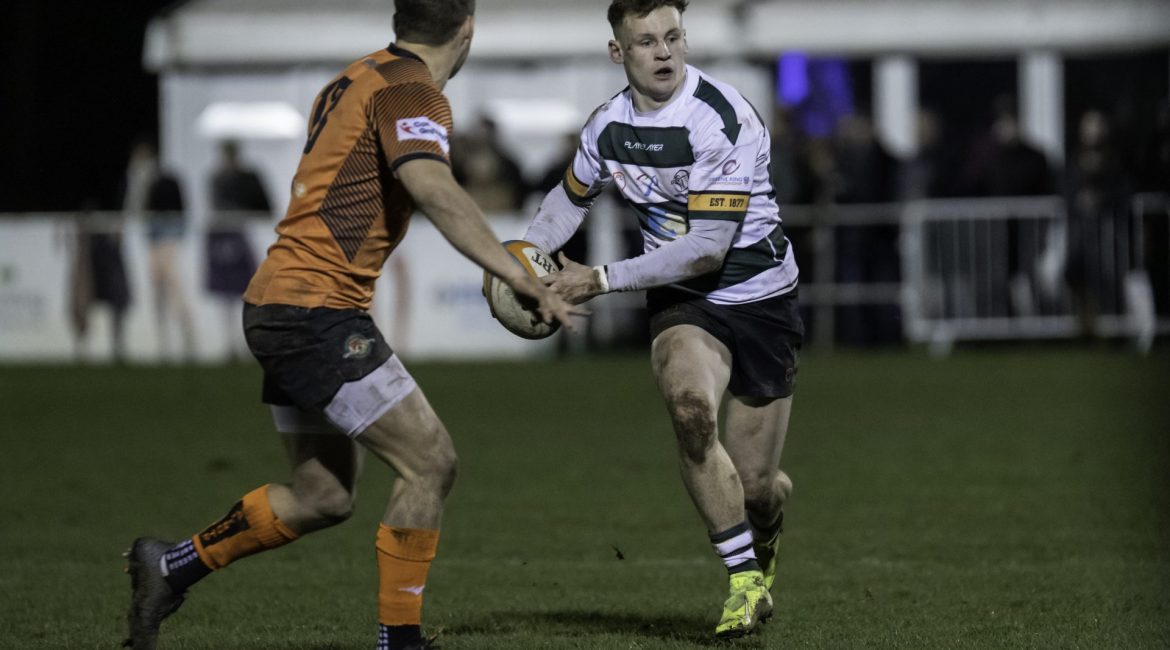 Following the Friday evening game against Ealing at The Bay, we are delighted to announce that David Williams has broken the all time record try scoring record for Nottingham Rugby in the Championship competition.

Williams scored twice at the weekend, his first coming from a delightful cross-field kick which slipped through the hands of the opposition into his grasp, and the second, rather unconventionally coming off the back of a maul, diving in at the corner to break the record.

Williams has been a valued member of the club since he began his journey back in 2016 where he made his debut against Bedford Blues. Throughout his time at The Bay he has played 71 times and also spent 1 Year with Premiership side Leicester Tigers where he began his playing days in the U18 Academy.

David has gone on the journey which many of the Nottingham players go through on their journey to success. He began signed at the club, playing some of his rugby at The Bay while studying at NTU and progressing his rugby through the university programme. David is a prime example alongside club captains Jake Farnworth and Josh Poullet, of how the NTU partnership has produced so many bright players for the club with the likes of Scott Hall, Jacob Wright, James Peachey coming through more recently pushing for selection in the Championship side.

We are delighted to have the caliber of player that David is playing at The Bay week in week out and look forward to seeing plenty more try’s under the lights. This week David will lead the boys out in their away trip to Cornish Pirates on Saturday 2:30pm Kick off.

Check out what David had to say about his record breaking performance here: