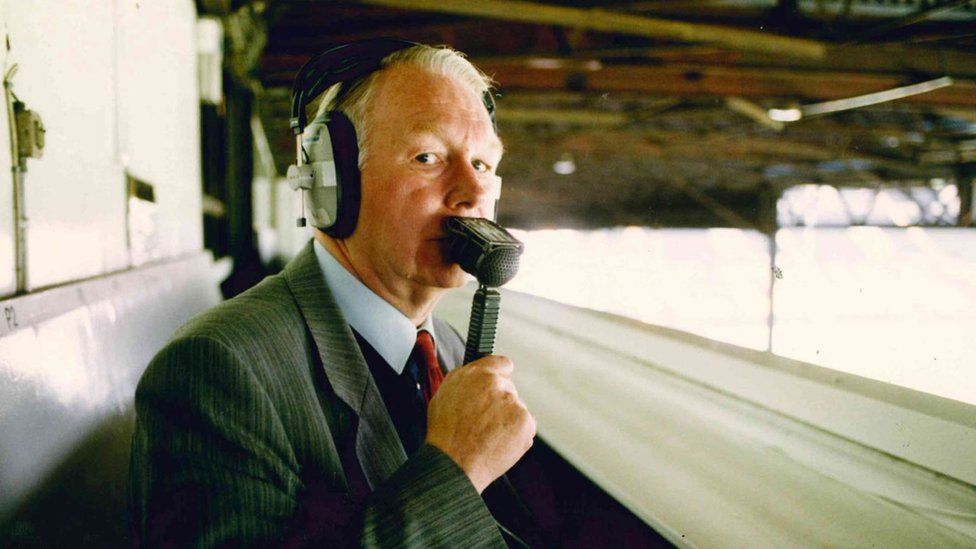 Nottingham Rugby is deeply saddened to report the passing of Colin Slater MBE, at the age of 87.

Colin passed away peacefully on Monday evening with loved ones by his side.

He fell in love with football as a nine-year-old when his father first took him to watch his local team Bradford City at Valley Parade.

After graduating from Belle Vue Boys’ Grammar School, Slater worked on Bradford’s local newspapers, where his first sporting breaks arrived in speedway and water polo. This paved the way for his progression into football, as he covered Bradford City until 1959, when he booked a one-way ticket to Nottingham for the next stage of his career.

Slater was appointed as the chief municipal correspondent at the Nottingham Evening News, which later merged with the Nottingham Post, but also reported on Notts County.

In 2001, Slater was recognised ‘for service to radio and the community in Nottinghamshire’ with an MBE in the Queen’s Birthday Honours, not only for his contribution to radio but also for his work with the Football Association and his role as the deputy chairman of the Nottingham Bench of Magistrates.

Nottingham Rugby Chairman, Alistair Bow, said: “Colin was a great supporter of Nottingham Rugby and made us welcome at Meadow Lane during our time playing rugby and those many occasions as guests at Notts County.

“He watched us play many times including at our current home at The Bay and he will be missed by many. A wonderful gentleman that not only had a passion for football, but for all sport in Nottingham. Our thoughts are with his family and friends. Colin, we will miss you.”