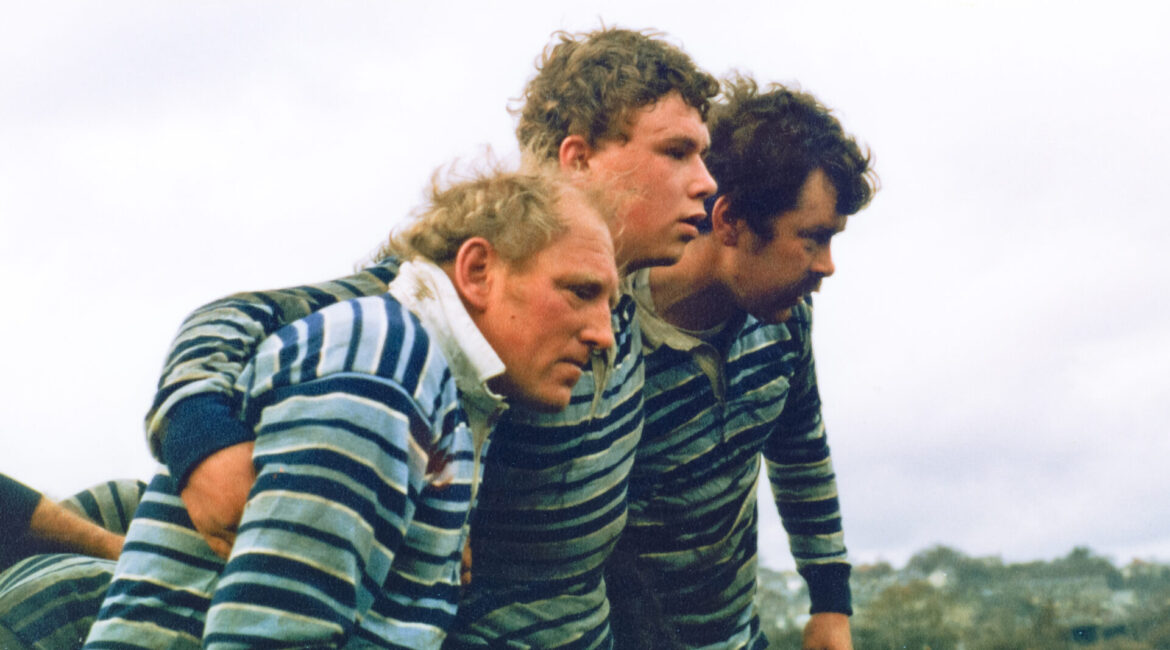 Nottingham Rugby are deeply saddened to report the passing of Mick Webster at the age of 83.

For over sixty years, Mick was synonymous with rugby in Bakewell. From his first days with Bakewell Mannerians in the early 1960s until illness made it impossible for him to get to games, he was woven into the fabric of the club as a player, coach, manager, volunteer in numerous committee positions, and as a very effective Chairman.

Mick and Irene married in 1961, and they remained devoted to one another for the next sixty years. Their children, Sally and Paul, arrived in 1962 and 1965, and Mick was already established as a regular player for the Old Mannerians. The Sixties was something of a golden era for the club, so 1st XV games were hard to come by. Mick became known as a stalwart of the 2nd and 3rd  teams and even then his works van was used to cart players wherever the club had fixtures.

Still playing regularly until the late 1970s, Mick also started to coach football for Bakewell FC, and his junior teams, with Paul as a key player, became very successful. It was probably inevitable that these coaching skills would be brought into rugby, and Mick formed the Old Mannerians Colts team in 1980.

With his boundless energy and rugby acumen becoming ever more sought after, in 1985 Mick became involved at elite level, scouting for Nottingham RFC with his trusty video camera – and running the club’s Under 21s XV. One of his trips was to Cambridge University, where Mick filmed a callow young fly half, and recommended the player to then Nottingham coach, Alan Davies. And so it was that Rob Andrew found his way to the East Midlands, soon making his debut for England as a Nottingham player.

Mick’s tenure in charge of the Nottingham U21s to a great extent revolved around the Pottertons Midlands U21s tournament where all the games were played on Wednesday nights under floodlights at Leamington RFC –  one of the Midlands’ most central clubs. In the three seasons Mick’s team entered this prestigious tournament they won it twice, and were runners-up once: no mean feat when the competition included clubs such as Moseley, Bedford, Rugby and Northampton. Some Mannerian lads were given the opportunity to play, alongside others Mick had scouted, recruited and sometimes even driven vast distances to fetch. The team yielded several long-term 1st XV players for Nottingham, most would play at county or junior international level, and some – notably Dorian West, later a World Cup winner and British Lion – would reach the very top.

Alongside this, Mick continued to nurture Mannerians Colts, helped guide the club through some difficult times and a name change to Bakewell Mannerians, and became involved with Lady Manners School rugby. The arrival of Chris Weeks as a PE teacher in 1985 saw a boost in the school’s rugby fortunes, but Mick’s experience and wise counsel should not be forgotten alongside that. The school started having annual tours to France in the late 80s, and Mick was a valued member of the coaching team. Players from that era would go on to be the backbone of Mannerians’ senior teams for the next twenty years.

Having become prominent in colts and youth rugby circles, Mick spent many years managing the senior Derbyshire XV, putting pride into players representing their county at a time when the RFU’s focus was on the league system. He firmly believed in the benefits of representative rugby, and those who played appreciated the opportunity to widen their experience and test their skills at a higher level. This also meant Mick built a wide circle of friendships and forged connections with clubs of every standard. Of course sometimes players would drop out, and Mick knew he could call on willing Mannerians to step into the breach. On one occasion a Derbyshire XV containing no fewer than nine Mannerians made the long trek on a Wednesday night to take on a Hereford & Worcestershire side made up predominantly of Worcester Warriors – it was a close-run thing, sometimes, but every one of the players was delighted to make the effort to play for Mick, whatever the odds.

Mick also moved into administration, and for many years the first posts to be filled at the Mannerians AGM were those of M.D.G. Webster and his great friend and fellow club stalwart, Tim Sargent, as representatives to Derbyshire RFU. From 2001-2003 Mick served as Derbyshire President, and enjoyed touring the clubs, revisiting old friends and creating new ones. The late Noughties saw him running Derbyshire’s Veterans XV – a team that seldom lost – and then he became team manager of Notts, Lincs & Derbyshire’s senior XV when he was already over seventy years of age. Mick became the Three Counties President for 2011-12, and in 2017 received their ultimate accolade when he was given the Services To Rugby Award.