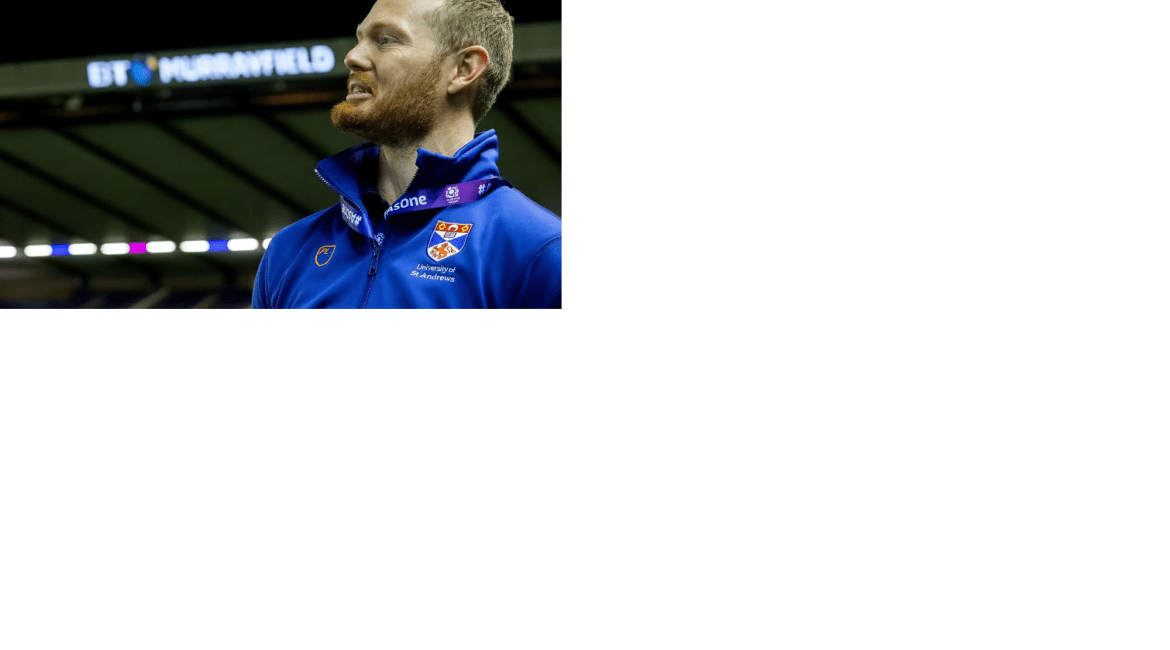 David Ross has reiterated the importance of university rugby as he begins his new venture with Nottingham.

The Championship side announced Ross’ arrival as their new backs coach last month, but his duties will also include the Head of Rugby role at Nottingham Trent University.

Ross has an impressive background when it comes to combining education and rugby after spending time with the University of St Andrews in his native Scotland as well as King’s College, Auckland in New Zealand.

And when asked about whether the university programme at NTU had an impact on him joining Nottingham, Ross said: “From my eight years with St Andrews, I absolutely love student rugby.

“It is a great environment and it is always vibrant. No matter what level of the game you are coaching or working at, ultimately first and foremost, you have got to develop the person first and the athlete second. The great thing I find about student rugby is that you can support guys not only with their personal development, but actually professionally with their careers as well.

“Being back in the university space with Nottingham, is almost like an added bonus! The role here in itself is great and it is one I’ll enjoy and be challenged by, but the fact there is also the Head of Rugby position at Trent is kind of like the icing on the cake!”

Ross was speaking to TRU after his return from New Zealand, which he admits, helped him grow as a coach.

During his time across the other side of the world, Ross developed King’s College, Auckland into one of the top rugby schools in the country.

But also during his stint in New Zealand, Ross was able to work alongside the Crusaders, who recently secured their third Super Rugby title on the spin.

“I spent a month with the Crusaders during Scott Robertson’s first season,” Ross said. “That changed my life coaching wise. That environment, in my opinion, is probably one of the most elite environments anywhere in sport. The learning and experience I had through that has definitely moulded me and shaped me in a way that is inspiring me in everything I do moving forward.

“The level of knowledge and detail I have been able to acquire from being in New Zealand is the biggest take away.

“How I coach or how I deliver sessions hasn’t changed I don’t think. It is more the level of detail I can go into now and in professional rugby, it is all in the detail. That has allowed me to come in here [at Nottingham] and marry my philosophy that I had before I went to New Zealand with the increased knowledge I have been able to acquire and hopefully that hybrid has made me a better all-round coach.”

With his aim always to coach at a high level in the UK, Ross is now hoping to use all of the experience he gained in New Zealand in the next chapter of his journey with Nottingham.

Initially, Ross decided to move abroad to further his coaching career because there were limited opportunities in the UK, but despite his previous frustration, he is now ready for his next challenge at Lady Bay.

“Professional coaching has always been my ambition,” said Ross.

“It is probably why I went over to New Zealand. Over there, they are very much focused on what you know rather than who you are. That allowed me to go in there and gain a huge amount of experience.”

Having settled into his new surrounding over the last two weeks, Ross is now looking forward to helping improve both Nottingham and Nottingham Trent in 2019/20.

The Championship club finished seventh last season whilst Trent suffered relegation from BUCS Super Rugby, but Ross is excited by what is to come in the Midlands.

He added: “I think the biggest compliment I can pay is that I just feel comfortable here. That speaks a lot about the environment here.

“Speaking to a few of the student boys as well, they are really happy to have me on board which is great to hear. I know they were close with Alex O’Dowd who is the person moving on, but at the same time, my experience of student rugby hopefully will help me and hopefully, they will have someone coming to support them and help them move in the right direction.

“First and foremost, for Nottingham, we are focusing on our day-to-day in terms of our physical and technical development right now.

“I think some of the chat surrounding finishing seventh last year seems to be one of disappointment so I think anything in and above there is going to be a goal for us. A lot of people talk about us being a top four team so it is now about us making sure we realise our potential I think, more than anything else.”

Steve Smith, the clubs Chief Operating Officer added “Nottingham Rugby are extremely proud of the work done to create a link from our Academy into an educational pathway, into NTU where young players are able to continue their fledgling rugby careers alongside their education.  The club through some excellent work has continued to attract a large number of students to NTU with the programme this year and continues to develop its relationship with Premiership Academies, Independent Schools and local colleges.  Fowksey and Alex with support staff, have put a huge amount of work into developing this pathway and we are sure that the programme is now in excellent hands with David.”