SUPPORTERS PLAYER OF THE SEASON 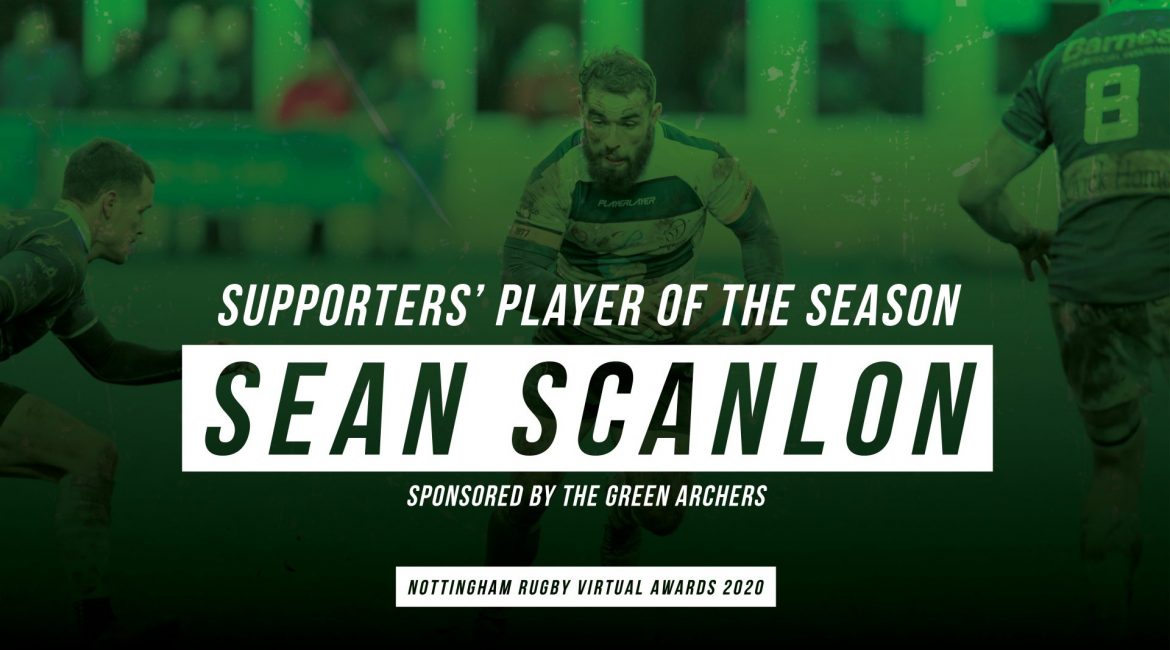 SEAN Scanlon has been crowned Supporters Player of The Season for the 2019/20 campaign, sponsored by the Green Archers.

The Irish full-back made 18 appearances in the Green and White last season, scoring eight tries and helping Nottingham to a 6th placed finish in the Greene King IPA Championship – he also captained the team majority of the season.

Nottingham supporters cast their votes for two weeks, and Scanlon was shortlisted alongside Jack Spittle and Llewelyn Jones.

“It’s a bit unexpected to be fair, but I’ll take it,” said Scanlon. He added: “It’s a silver lining on the season and the way it finished so thanks to all of the supporters. It’s been a good season I suppose, on the pitch. We finished 6th which was our aim at the start of the season.

“A big thank you to our supporters, especially at Lady Bay – we feel we have a good record there, it’s a tough place to come so credit to them for turning up in their numbers.”