TRY OF THE SEASON WINNER 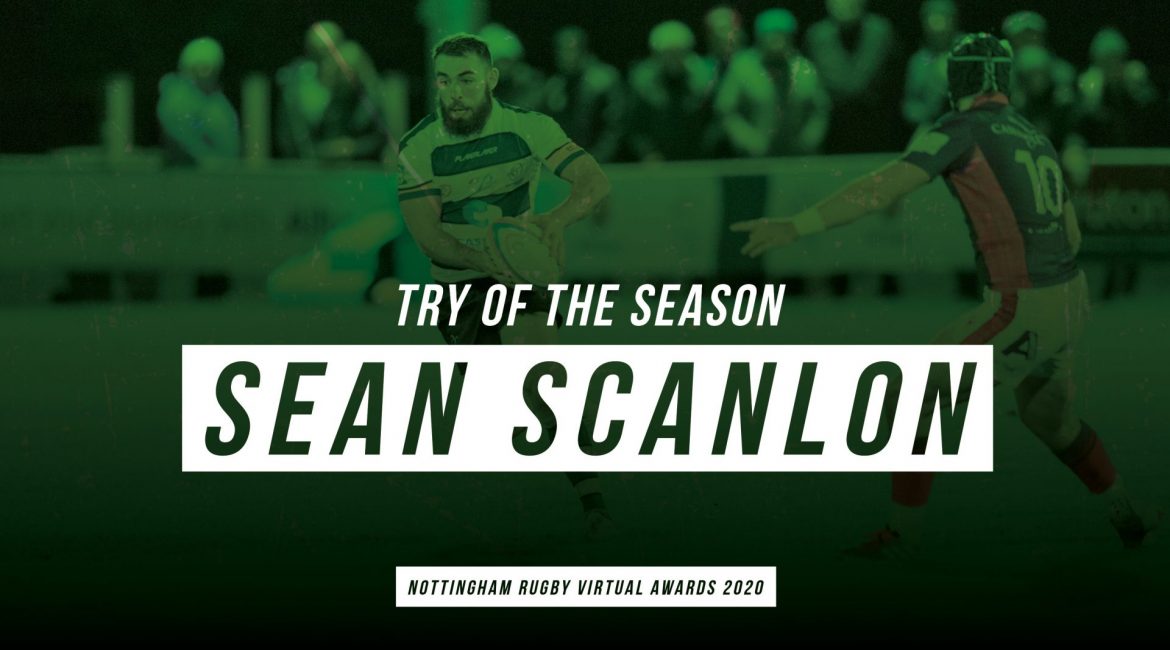 Full-back Sean Scanlon has won the vote for Nottingham Rugby’s Try of The Season, for his effort against Ealing Trailfinders at Lady Bay.

His try was awarded Try of The Season during Friday night’s Virtual End of Season Awards evening, which was broadcasted live on YouTube.

Scanlon was up against Jack Spittle vs Yorkshire Carnegie, Sean Scanlon vs Cornish Pirates, David Williams vs Jersey Reds and Ollie Chessum vs London Scottish, but his try came out on top.

He said: “It was a good team try in the end off the back of a scrum then (Jack) Spittle flashed the ball out wide, I broke a couple of tackles then Shane O’Leary didn’t have enough gas to finished it in the end so he sorted me out and gave it back to me on the outside.”

“It was a good try overall so I’ll take it and especially after beating Jack Spittle try which won Championship Try of The Season. I’ll get in to him about that.”