TWO FROM TWO AT THE BAY 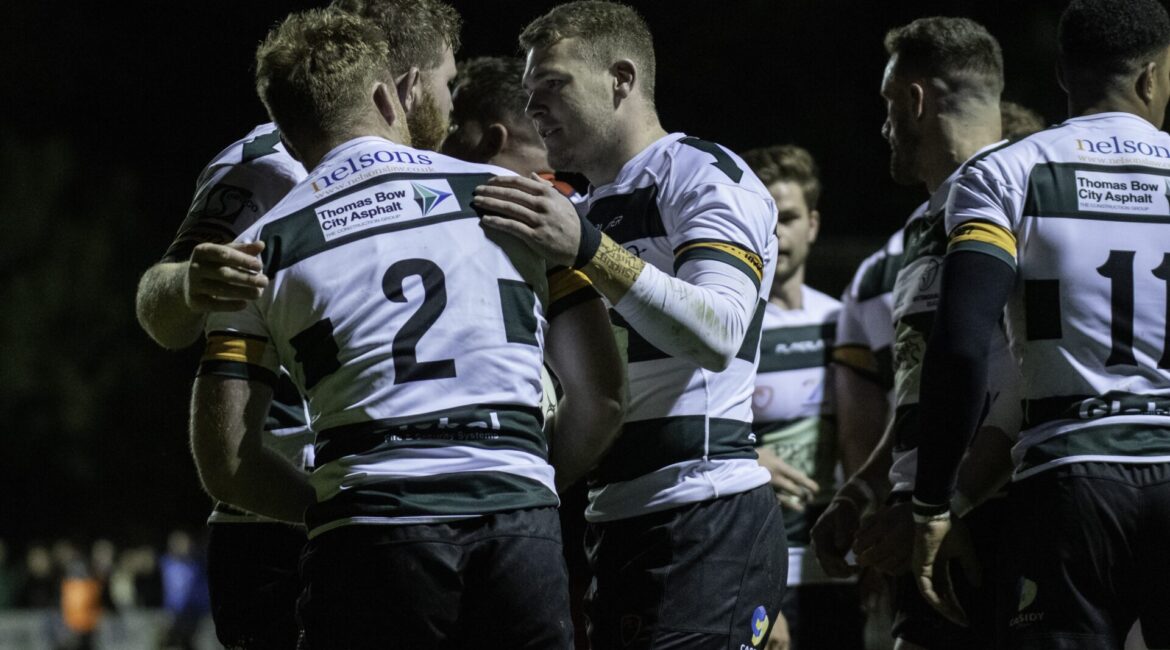 Nottingham Rugby made it two Championship home wins on the trot, under the Friday night lights at The Bay, with a gritty, narrow victory against Hartpury.

The Archers raced out of the blocks in the first half, scoring 22 unanswered points in the opening 30 minutes, starting with a brace from captain Jake Farnworth, who drove over the line for his twelfth and thirteenth tries for the club, in the second and eleventh minute of play respectively.

With the visitors struggling to make any headway into Nottingham 22, a brilliant piece of running from Jack Stapley paved the way for Michael Stronge’s pace to complete the sweeping move and put the Green and Whites firmly in the driving seat with half an hour gone.

Hartpury fly-half James Williams did get the visitors on the scoreboard before the break, converting a penalty on 35 minutes to leave the scores at 22-3.

In stark contrast to the first half, the Gloucestershire side suddenly came to lifein the second and six minutes after the restart, Harry Short was able to quickly capitalise on his side’s man advantage, after Sam Hollingsworth was shown a yellow card just seconds before.

With the Archers keen not show a repeat of last weekend’s defeat at Richmond where they lost a commanding first half lead, they dug in, and whilst not being able to repeat their impressive attacking play shown in the first forty minutes, their resolute defensive display was able to repel numerous waves of attacking pressure from the visitors.

On the hour mark, Hartpury’s Cameron Jordan saw yellow for a late tackle on David Williams but even this could not swing the advantage in Nottingham’s favour as Craig Hammond’s men still had to continually frustrate their opposition in their own half.

The Archer’s resilience finally broke on 77 minutes as replacement Luke Stratford pushed over for a try, which Williams failed to convert.

Stratford was at it again three minutes later, but it was too little, too late for the away side and Williams’ conversion proved to be the last kick of the game, with Nottingham holding on for a hard-fought victory.

After the game, Nottingham Head Coach Hammond said: “We knew we had to be at our best. In the first 40 minutes, we played some really good rugby and we got a good lead. Frustrating second half but defensively, we stood up, where last week, we stood off a little bit.”