“WE CAN’T FAULT THEIR EFFORT” 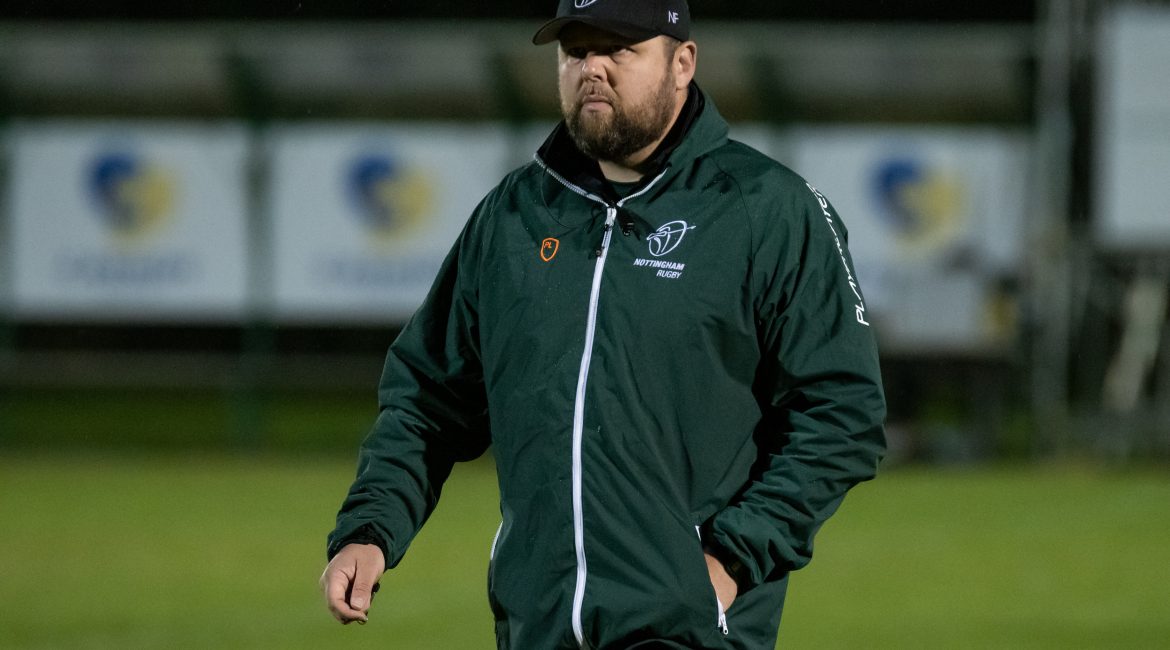 Despite going down 14-23 to Cornish Pirates at The Bay, Head Coach Neil Fowkes praised his team for the way they played in torrential rain.

Before the game, Fowkes said his team had a game plan and after the game he was pleased with the way they tried to execute it.

He said: “It was played in pretty awful conditions. We asked the boys to be brave and go in a certain way of attacking and they did that.

“It’s just unfortunate we didn’t get the rewards at the end with all of our pressure on their five-meter line in the last ten minutes.

“That’s something we need to look at because that’s the ball game, if we get over there we get a bonus point.”

Poor discipline was a major factor in Nottingham’s last away defeat to Hartpury before going in to the game on Friday against Pirates, and it was something that narrowly let the Green and Whites down again last time out.

“At the end we have one away and gave one away in front of the sticks after we’ve gone within seven,” said Fowkes. He added: “We can’t fault the effort of the boys, they really went at it and attacked with some purpose and went after the plan we put in place.”